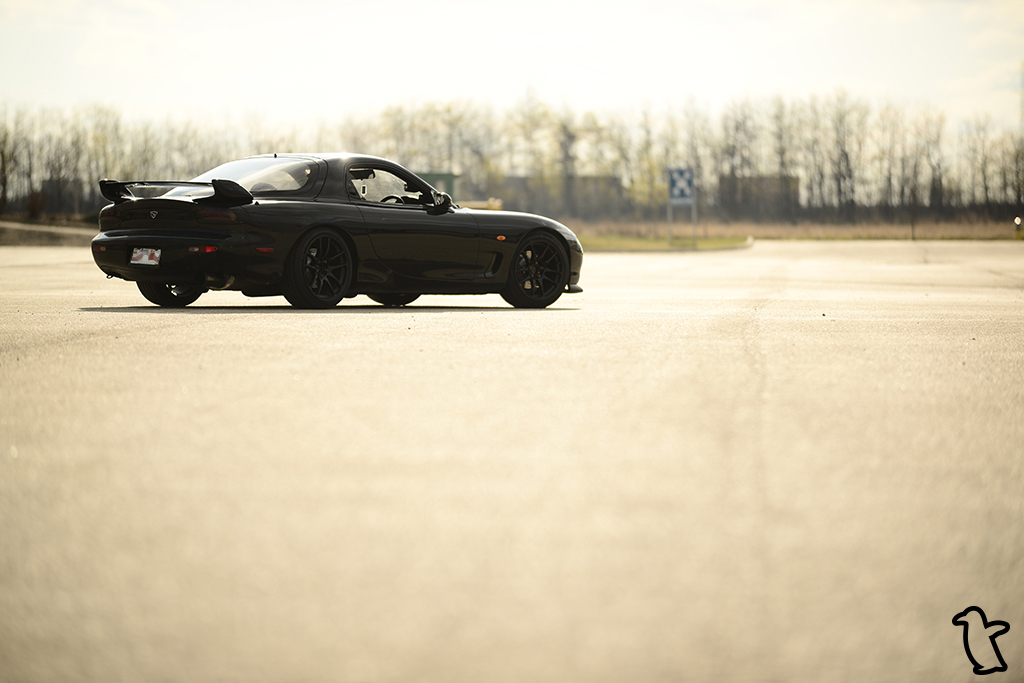 I recently had the chance to drive this FD3S RX-7 for a few days and absolutely hated it. 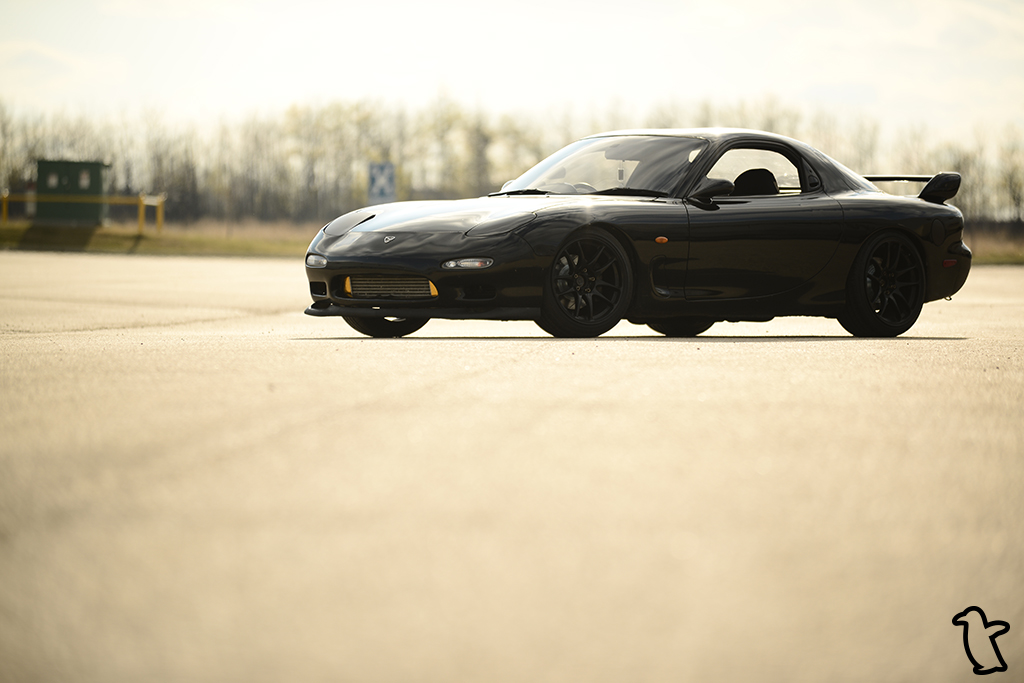 The car belonged to a friend who had finally got it after waiting almost a year for an engine build from a certain someone (whose name starts with “C” and ironically rhymes with “oh boy”). You’d think that you’d be ecstatic to get your car after waiting so long for it, right? Nope. Instead, the car sucked so bad that the owner got rid of it just after a couple months (if that). So how did the car end up with me for a few days? Well after spending almost an entire year building an engine, you would also think it’d at least be presentable when finished; this however could not be further from the truth. 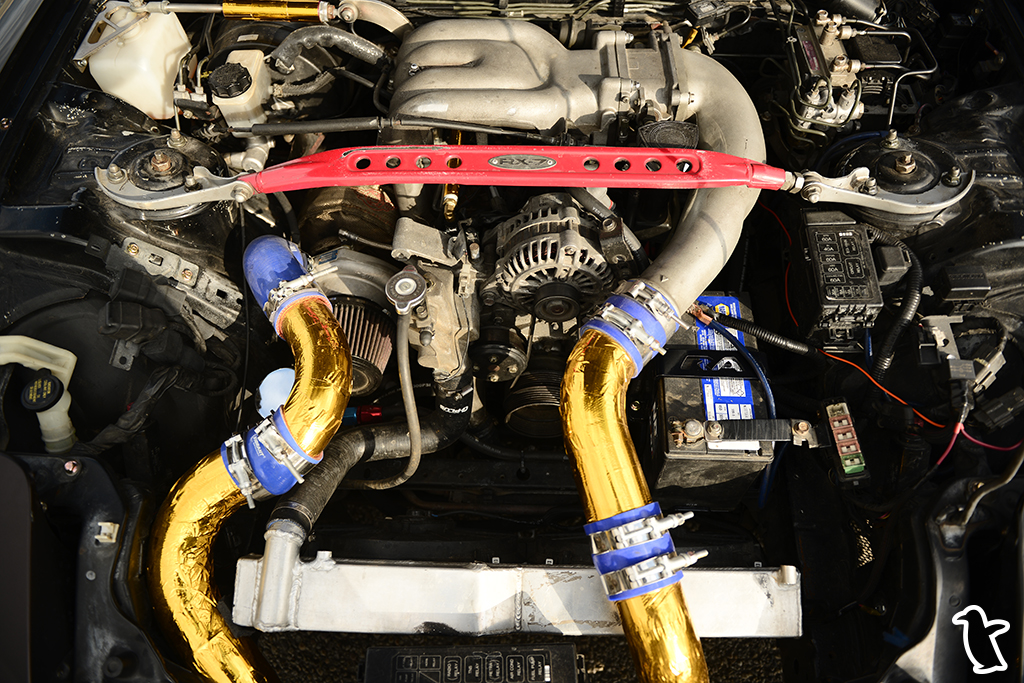 Yes, the motor had (allegedly) been built up to full “brap-spec”, and it did feel rather good under full throttle to be honest, but that was really about the only redeeming point; everything else was a disaster and also incredibly dirty. I don’t know if you’ve ever seen a “build” delivered with a loose radiator, but in case you haven’t, now you have! 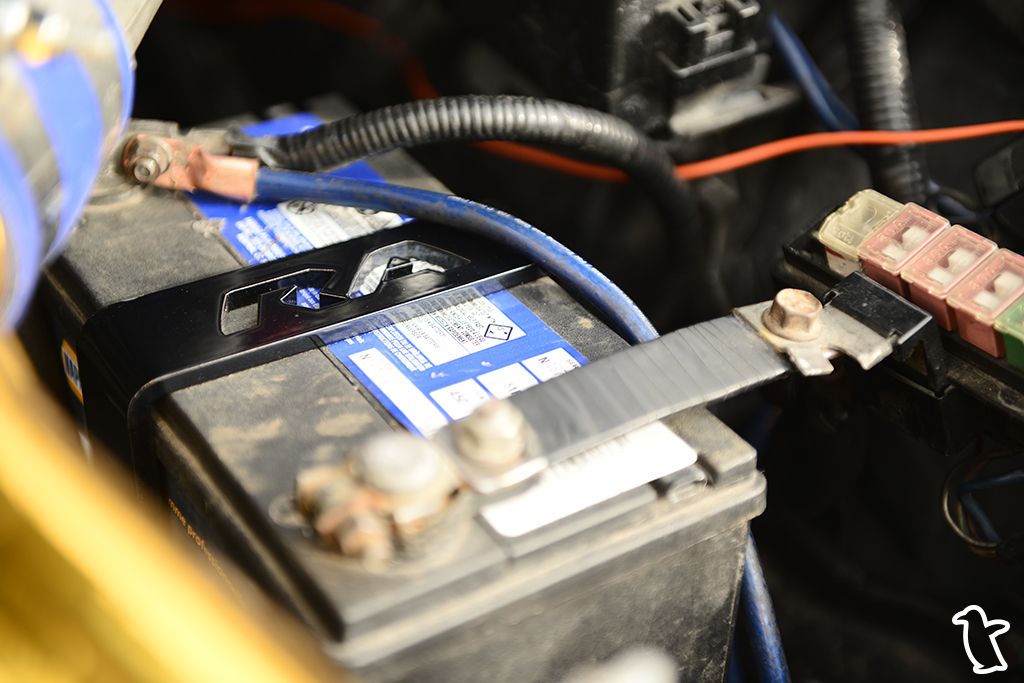 And now feast your eyes on this fancy ass battery tie down, made by my good friends over at RA Motorsports. No, they were not the ones responsible for this build; instead, they took it upon themselves to build a battery tie down from scratch for the owner because apparently that wasn’t necessary in the original builder’s eyes either. Take that you stupid loose battery. 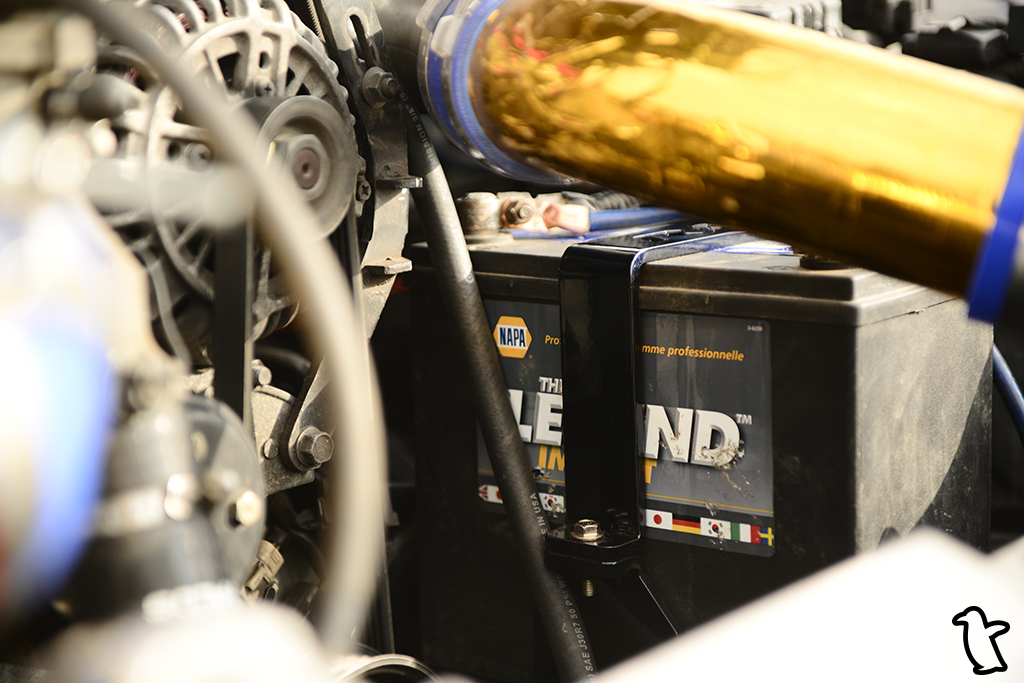 The tie down itself is super beefy and has been finished off in a magnesium blue powder coat. Snapping some photos of the tie down (and the rest of the car while I was at it) is why I took the car for a few days; everything else was just a bonus (if you can call it that). 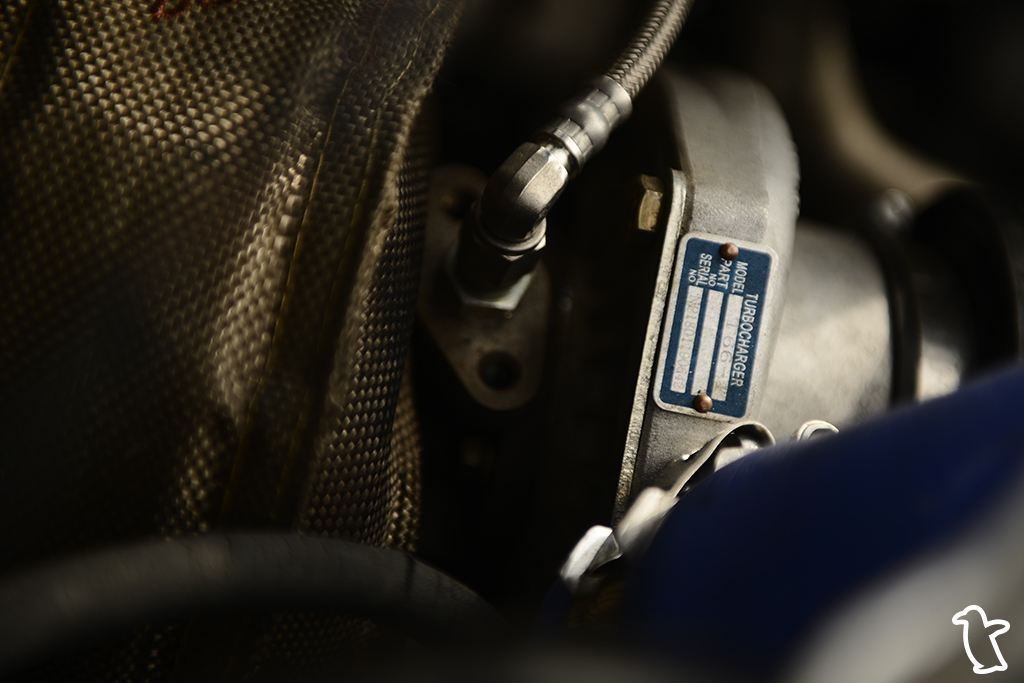 Alright, so a lot of the work that went into the engine seems pretty shoddy, but what about the rest of the car? I mean it’s an FD3S RX-7; Takahashi Keisuke drove one in Initial D!

And then got his ass handed to him by an underpowered Corolla. 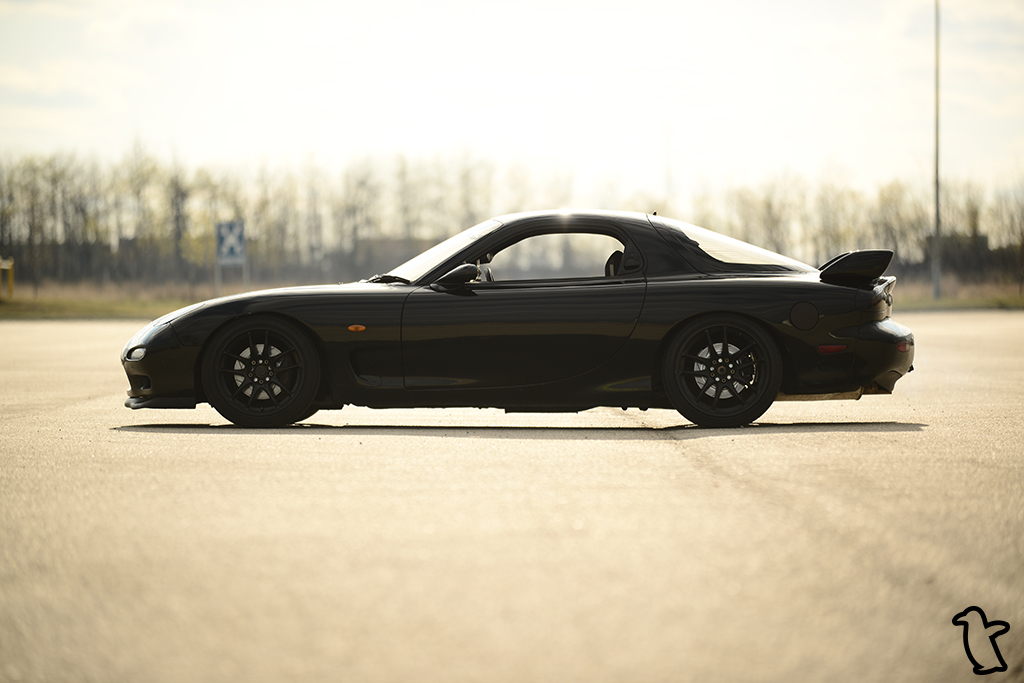 Well the rest of the car is actually fairly simple; it is lowered on some blown Tein coilovers, is rolling on Work Emotion CR Kai’s wrapped in some terribly streched Ironman tires, has some weight reduction done thanks to multiple suspension braces which appear to be missing underneath, and also has a Revolution cat-back exhaust to make sure you and everyone around you go deaf if you decide to floor it. 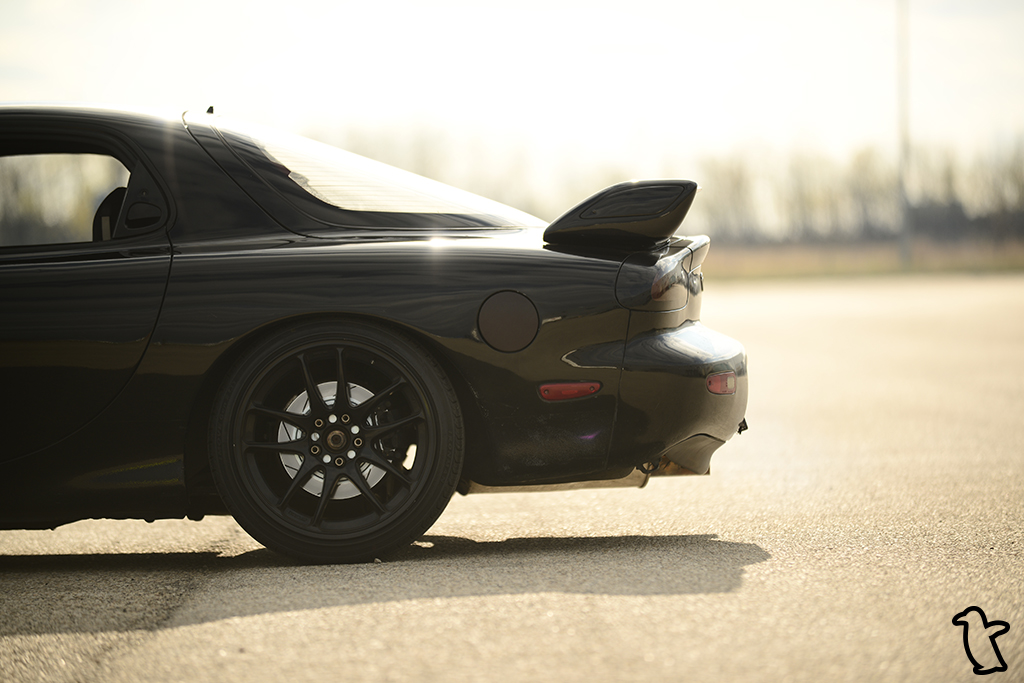 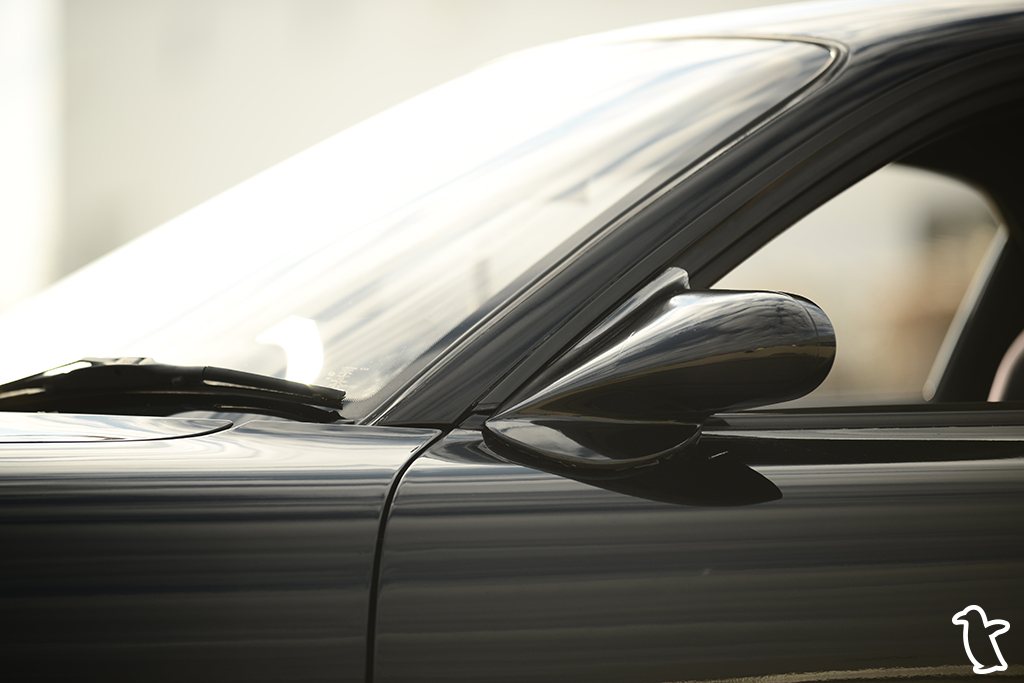 …and some incredibly rare Aero Marker side mirrors thanks to the guys over at GET JPN. 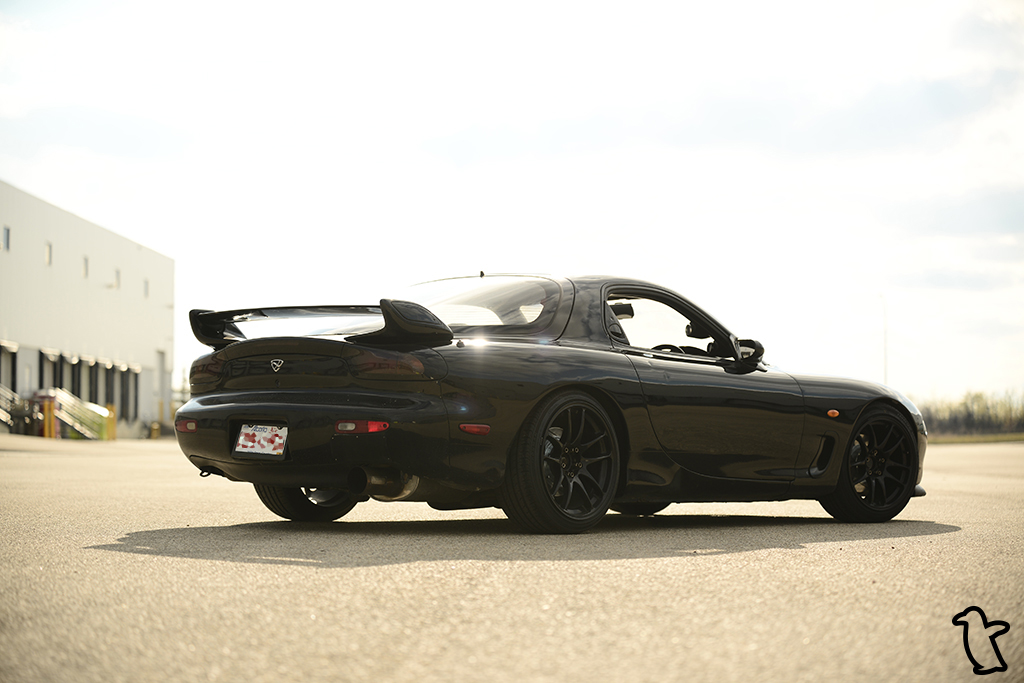 So why did I hate this car so much? Well, simply put, because it was one the most uncomfortable, noisy, poorly built, and high maintenance cars that I had ever driven in my life. I’ve dated less maintenance girls than this stupid car. 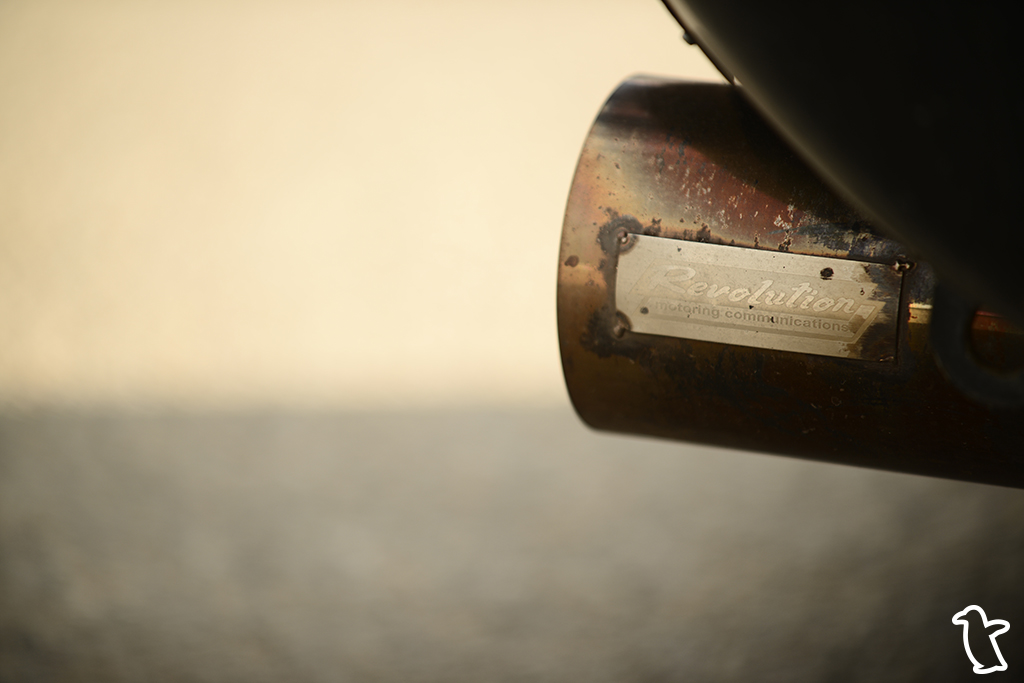 “Noise is good!” you’re probably thinking to yourself right now. Well guess what, I’m not talking about exhaust noise. 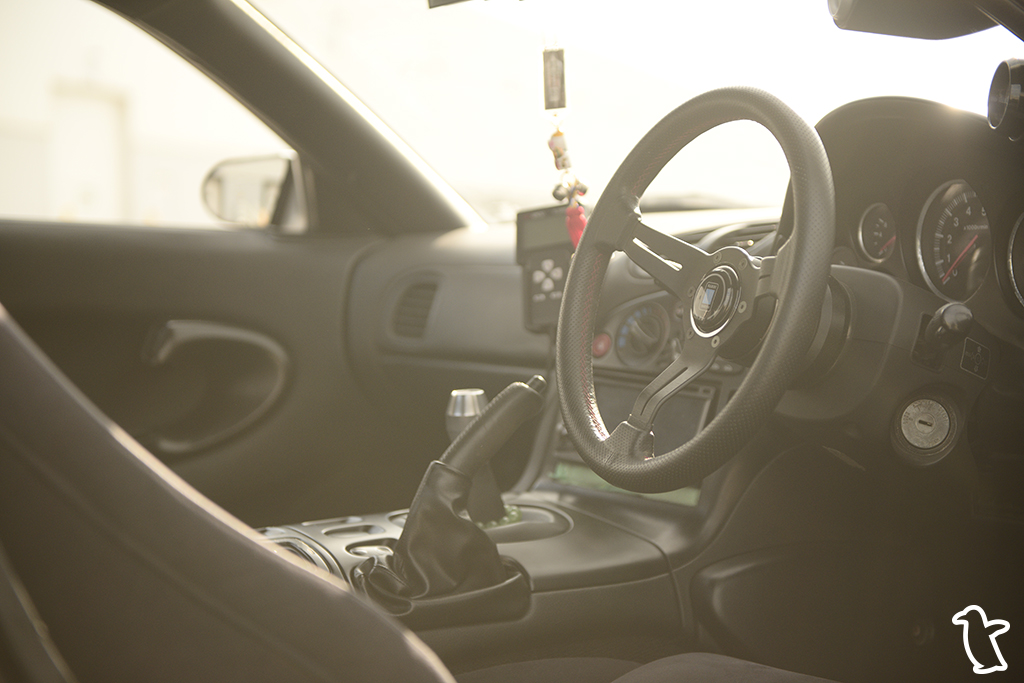 I’m talking about the “holy shit this car is literally falling apart” kind of noise, as all kinds of interior pieces would creak and croak about while driving, not to mention that the car was missing half it’s interior. 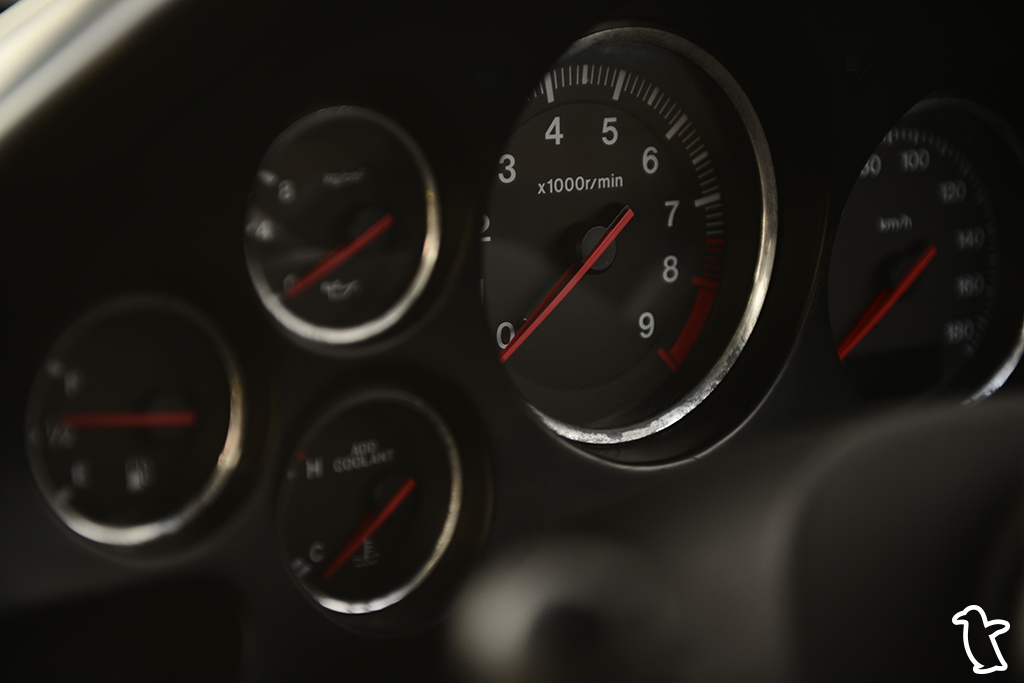 “But stripped out interiors are race car!” Right you are, except in addition to the stripped out trunk area, it’s also missing it’s passenger door handle as seen in the photo prior, various trim pieces, the seatbelt guides are zip tied in place onto the seat itself, the door panels aren’t even properly secured to the doors themselves, and to top it off, it’s also missing the dimmer switch so you can’t see a single dial at night because fuck your vision. Also for some reason the car wants you to open up the radiator cap and add coolant when it’s reached the red zone (please NEVER open a radiator cap when a car is warmed up unless you’d like yourself done medium well). 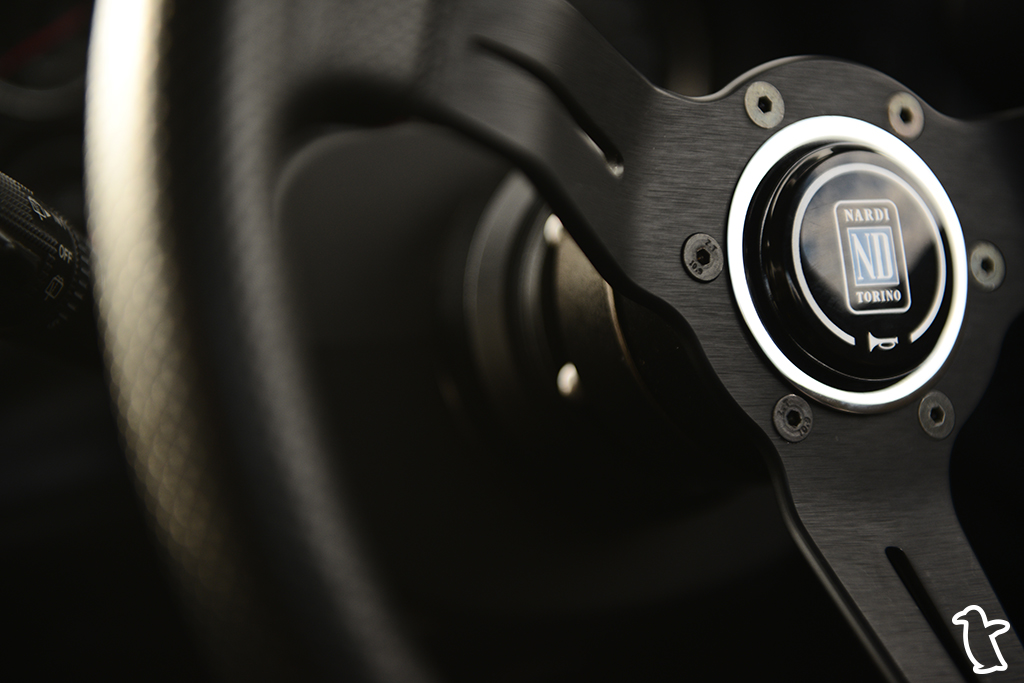 This Nardi wheel is quite nice though I must say. 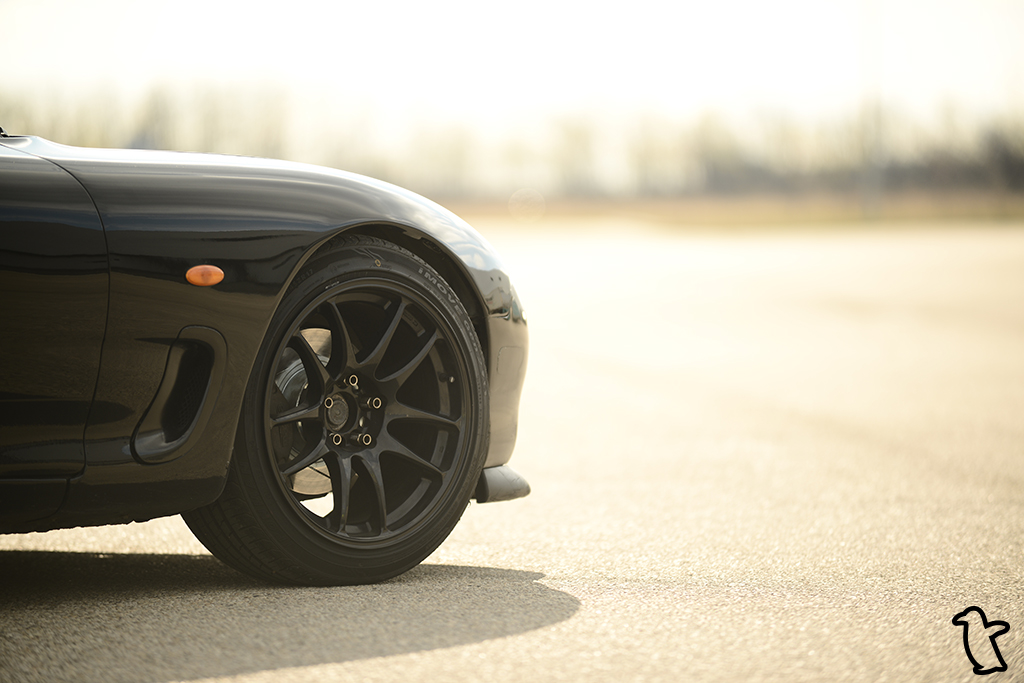 Now all these issues really wouldn’t be major if this was say, a dedicated track car for example, except it’s not (especially with those stupid ass Ironman tires). Let’s not forget that this is (or was supposed to be anyways) very much so a street car, and that’s where things get even worse. 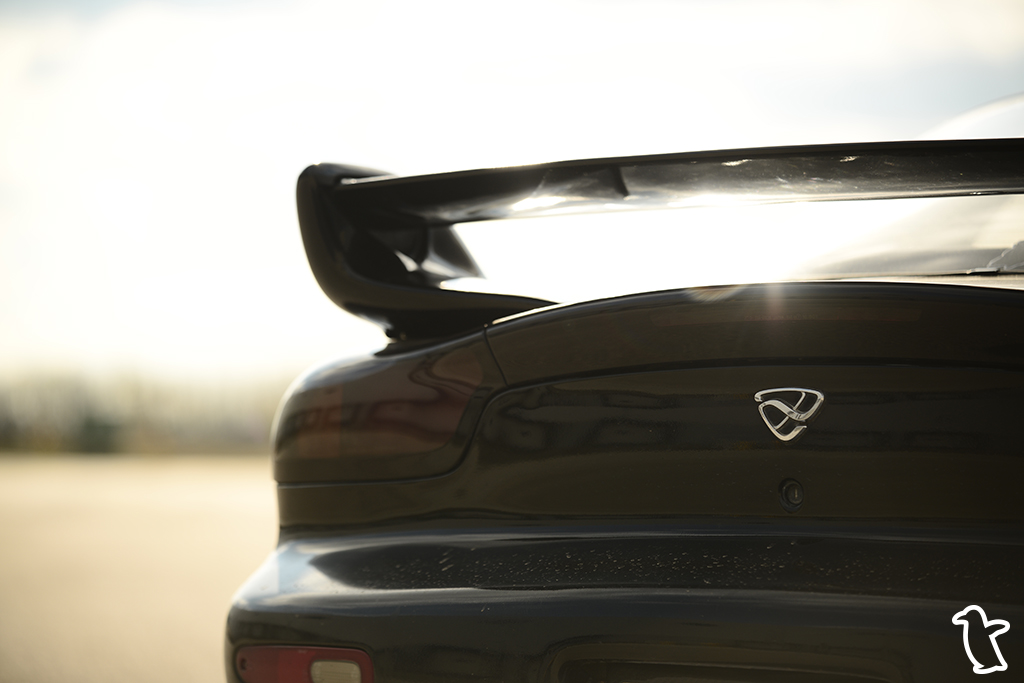 First off the driver door, passenger door, and ignition key cylinders are all different, and the passenger door can ONLY be locked via the driver side powered door lock switch because everything on the passenger side is broken. The radio doesn’t work (and is also held in by a microfiber cloth) but that’s okay because there’s an aftermarket deck in there with auxiliary. Cool I’ll just plug my phone in for some music. SIKE. Only one speaker works and it sounds worse than William Hung. Alrighty then. 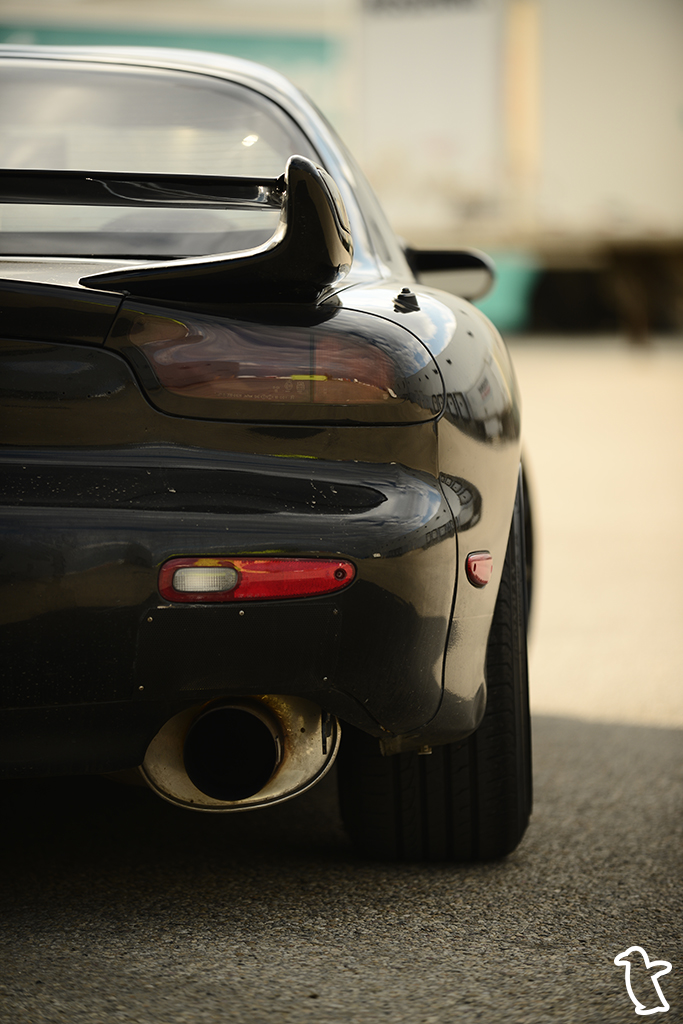 Going back to the engine itself, the setup was built to mimic a full competition drift car, NOT something I’d ever recommend for a street car. In this case, it meant a number of annoyances for street use. Firstly the car has to be warmed up before being shut off otherwise you risk flooding it and being stranded like Tom Hanks in Cast Away (except worse because your equivalent to Wilson is this stupid car). The factory oil metering system has been deleted which means you have to premix the fuel which is rather annoying when you’re just trying to get gas. While we’re on that topic, it smells absolutely horrid, and combined with the lack of a catalytic converter, would occasionally give me headaches (assuming I was still conscious after inhaling so much unfiltered gas). The shifter itself has play in it for some reason which made getting into first gear about as easy as getting into North Korea. The clutch doesn’t feel like it’s properly adjusted as the friction point is about as high as the Eiffel Tower, which also means you can shift gears while barely pressing on the clutch pedal. Lastly, the gas pedal feels like it’s adjust way too tightly, almost as if it’s been adjusted so tight that it is always giving some gas as if to cover an idle issue… 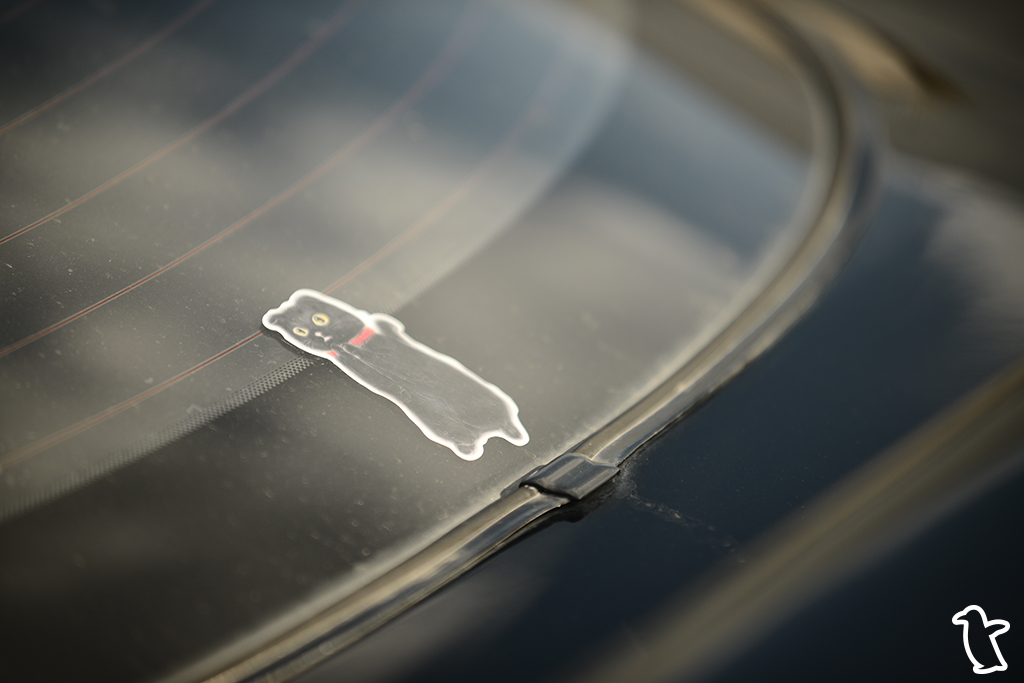 Don’t get me wrong, I love RX-7’s, and the sound of a properly ported Rotary engine is pure music to the ears assuming that you’re not deaf yet (also the Takahashi brothers are dope as hell when they’re not losing to 30 year old Corollas). This particular one however is a prime example of a giant pile of flaming trash. 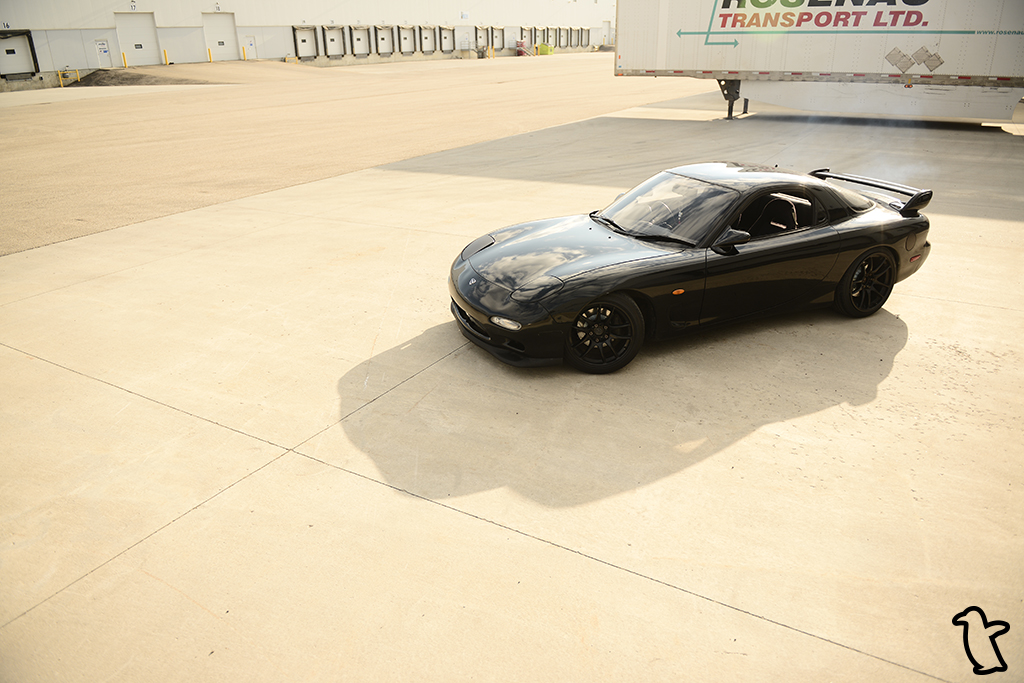 I wish the new owner best of the luck with this new project and I honestly hope I never see this car ever again.