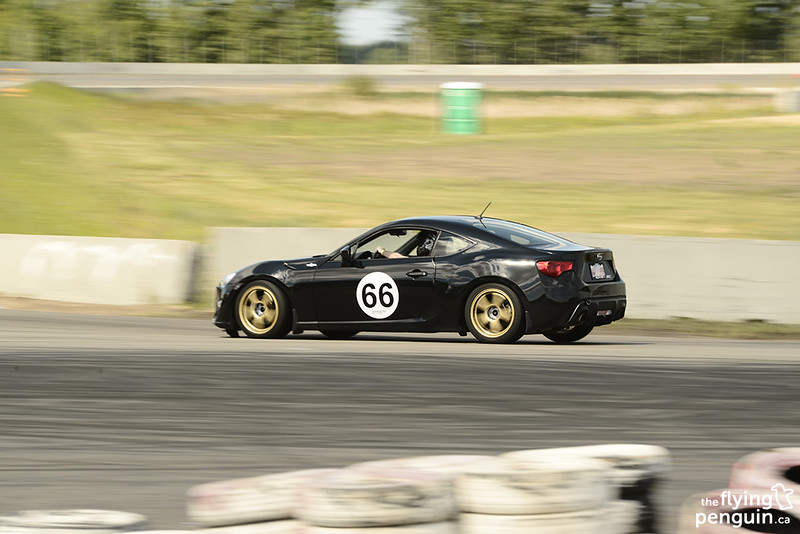 I looove track days, regardless if I’m there to drive, take pictures, or just hang out and give my friends a hand. 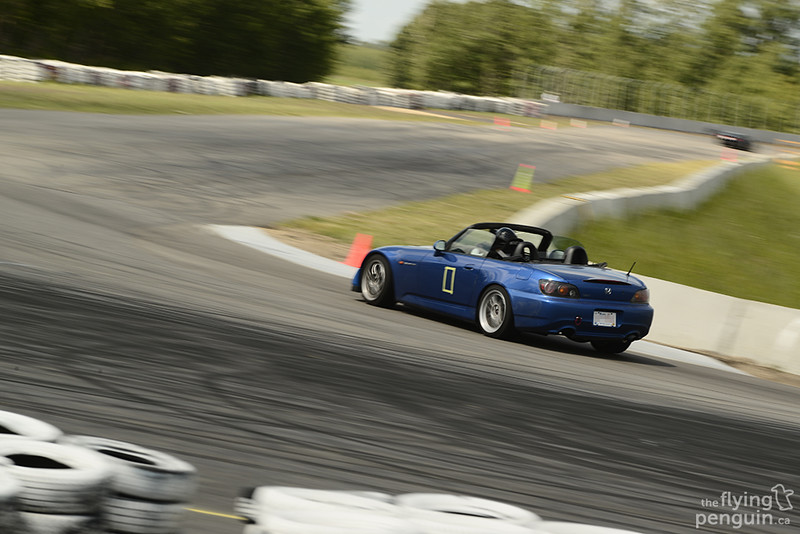 This time around however I was just hanging out as well as taking pics of the cars on the track. 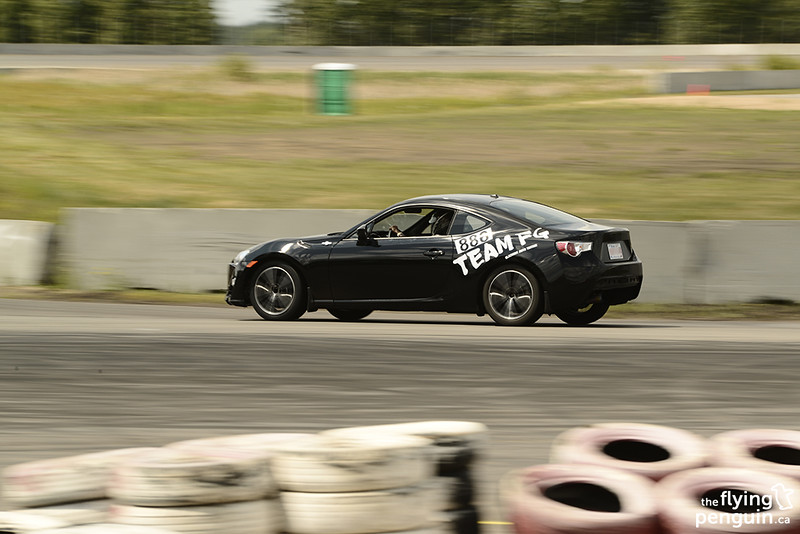 While we’re on that topic, I just want to say that I was only able to shoot from the stands this time due to some construction on the sides. I could have went to the top of the stands on the drag strip but I was feeling pretty lazy. That being said, I apologize for the same angle that you’re about to view all these pictures from! 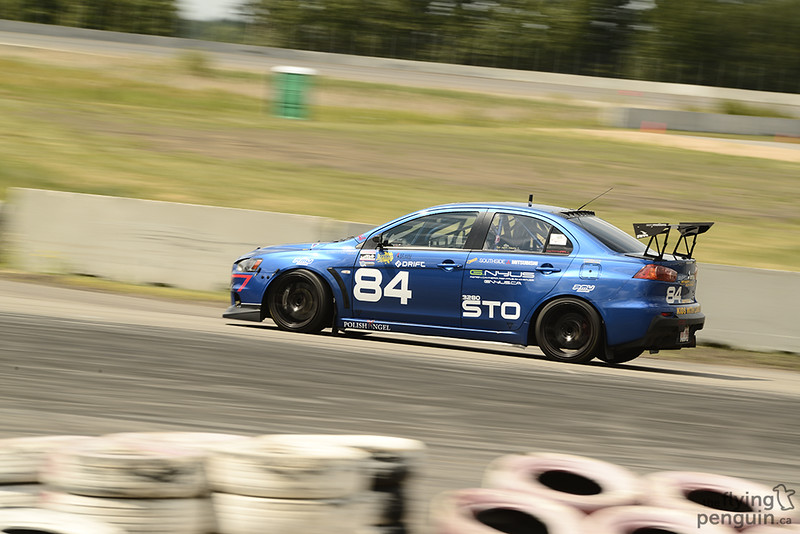 Since I wasn’t driving my Integra that day, I was at least able to get a quick (and I mean QUICK) ride along with Sean in his STO Evo X race car. 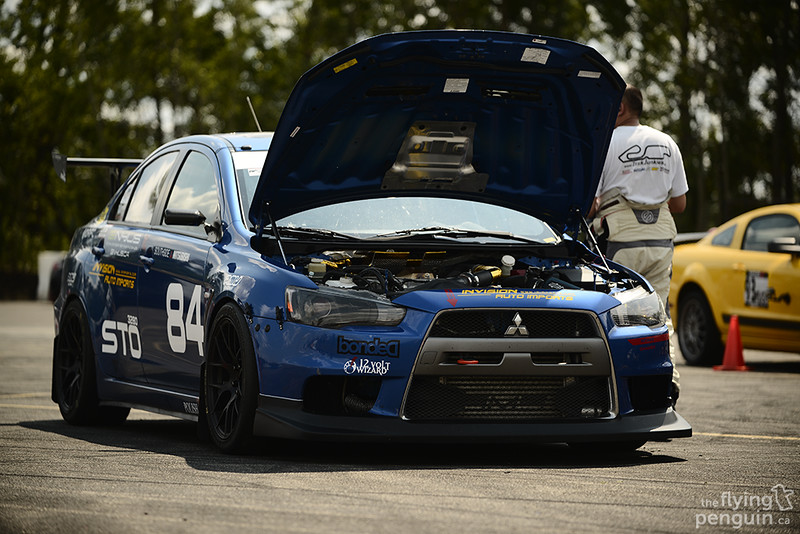 We’ve seen this car many times before and I’ve even driven with it on the track once, but I was definitely not expecting such a wild ride. It was an unbelievably violent ride yet smooth at the same time. 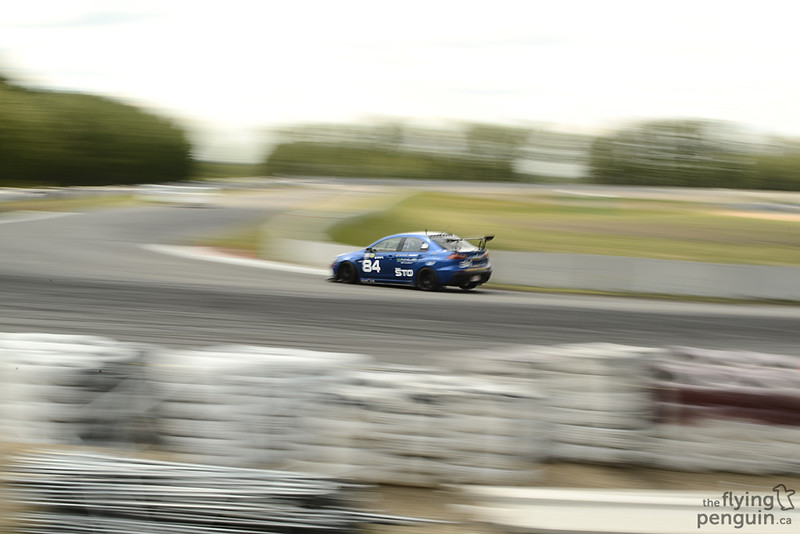 Click HERE to see my helmet cam from the ride along! 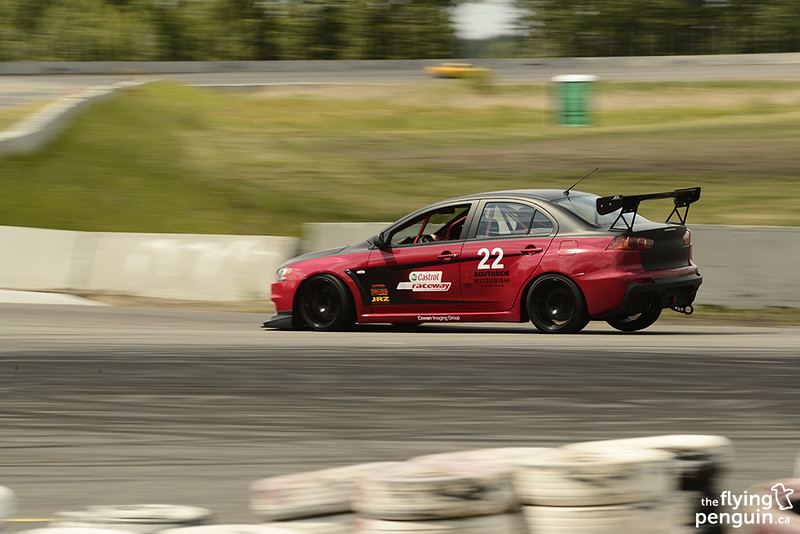 Come to think of it, I have driven an Evo X MR before and it’s already a fairly quick car to begin with. These fully race prepped versions however are on another level. 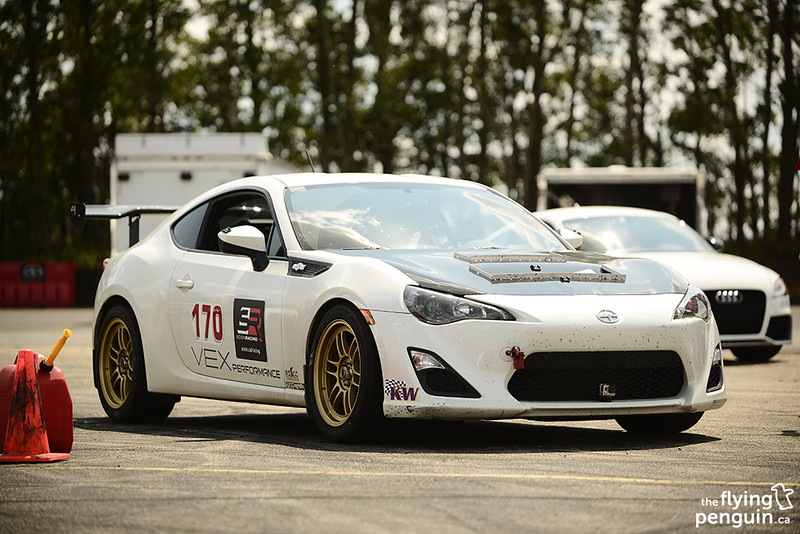 This was my first time seeing Orrin’s FR-S in person. 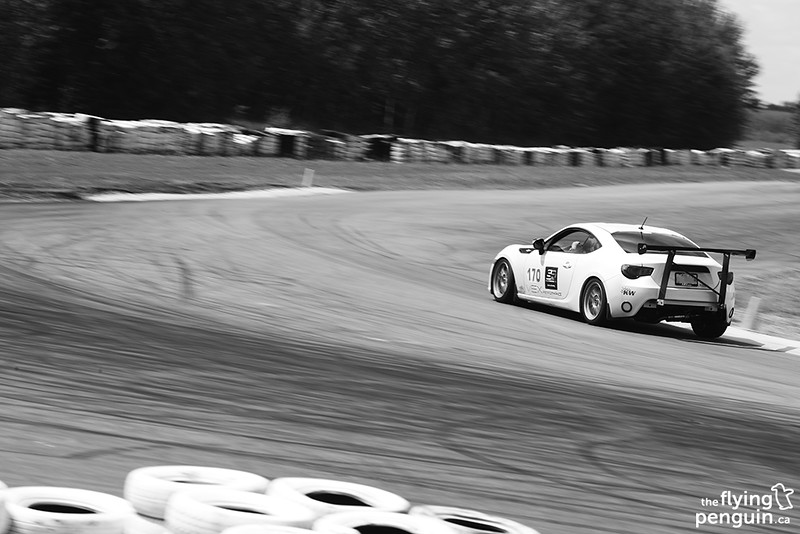 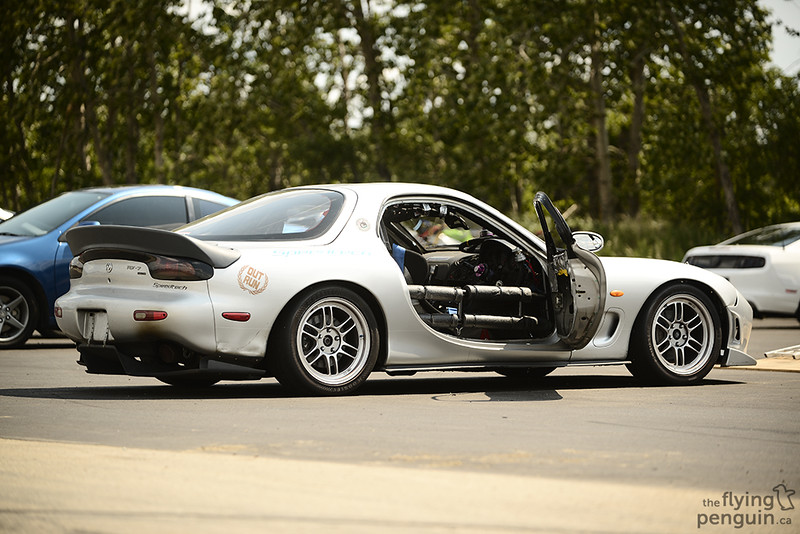 Loving how aggressive this FD looks. 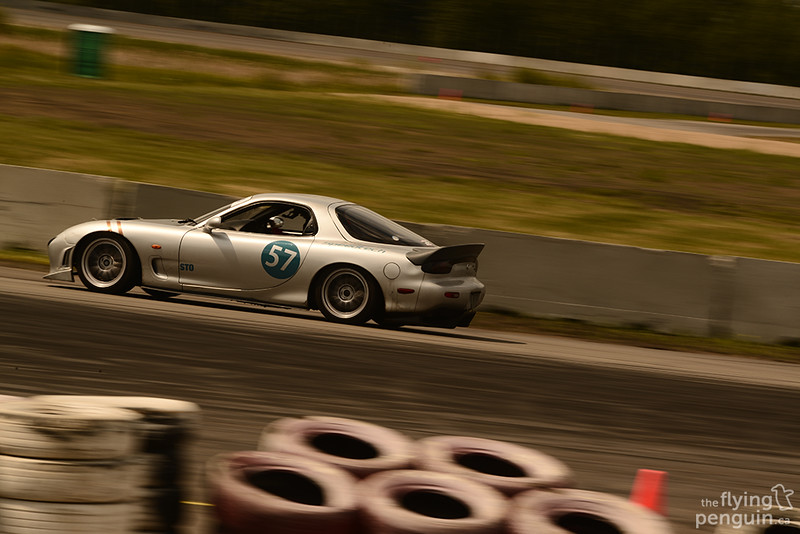 Apparently it was spitting flames all day but sadly I couldn’t see any sitting at turn two. 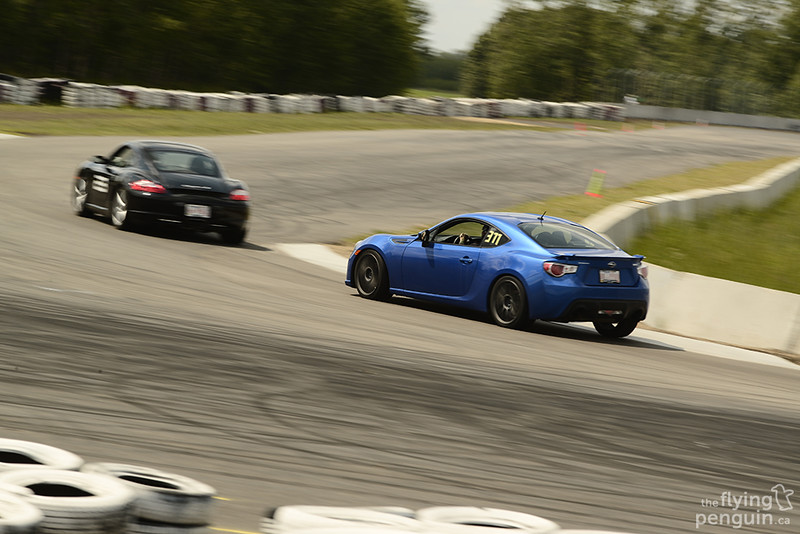 As a quick reminder for everyone who’s interesting in lapping, you don’t need a crazy race car to come out to the track. This day had a stock Subaru BRZ, a Chrysler 300C, and even a Saturn Ion. In the end we’re all just here to improve our driving skills, learn more about ourselves and our cars, and most importantly, have fun! 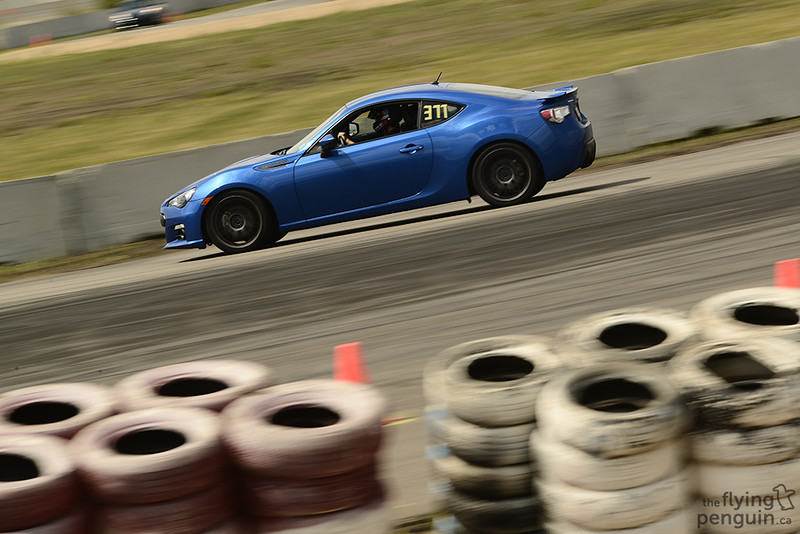 Another benefit of coming out with a completely stock car is that you get to actually feel the difference that each future modification makes (as far as “performance mods” go anyways). 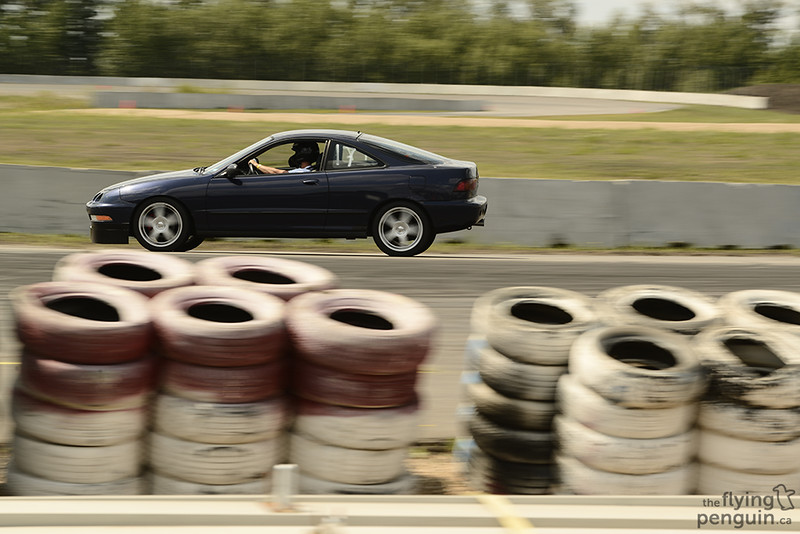 I was pretty excited to see a couple Integra’s out as well (I have only ever seen my own Integra run the Castrol road course). While this one was definitely more purpose built compared to mine… 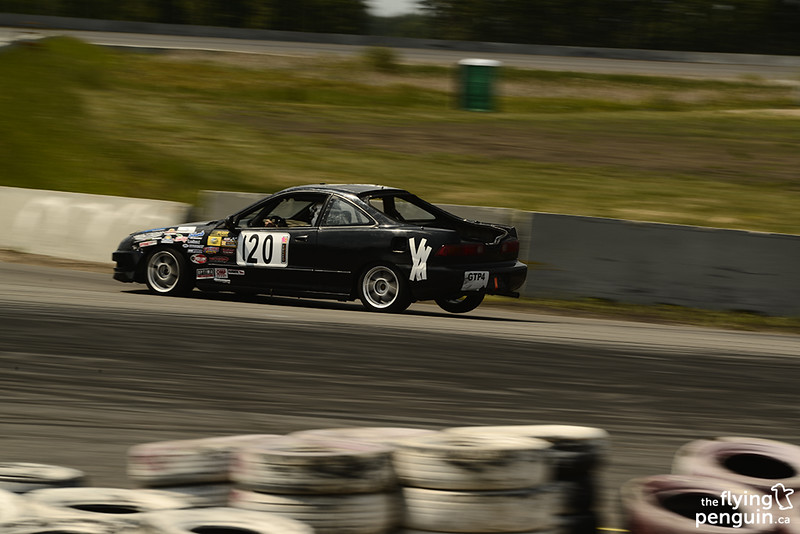 …this other one has been built to compete in the Chump Car Challenge, so basically whatever works! 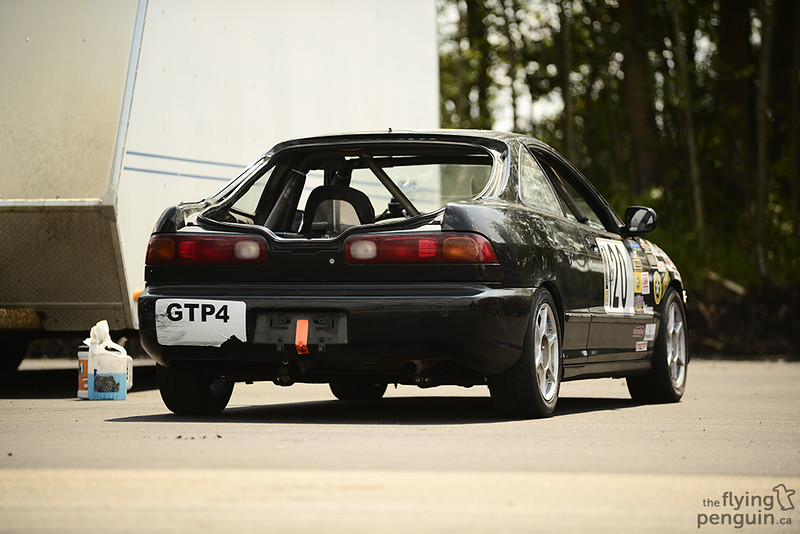 Straight piped, no hatch, and a piece of sheet metal riveted in to replace the factory sunroof. Awesome. 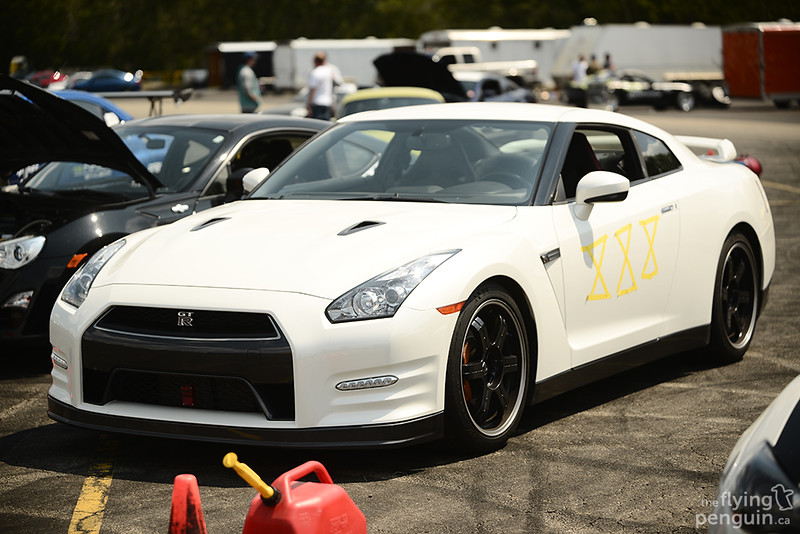 Trung was also out in his new-ish GTR, but sadly no action shots as he didn’t go out for another session after I got there. 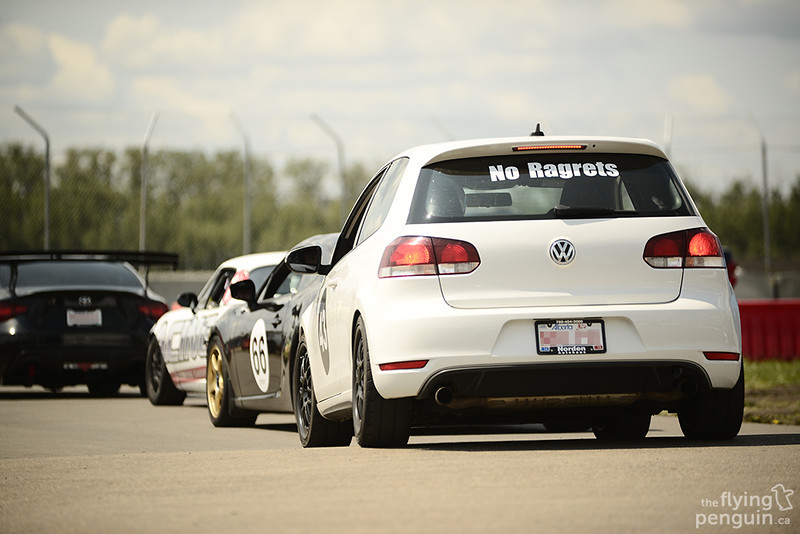 I can’t cruise with Keith without bursting out in laughter every time he drives by me. 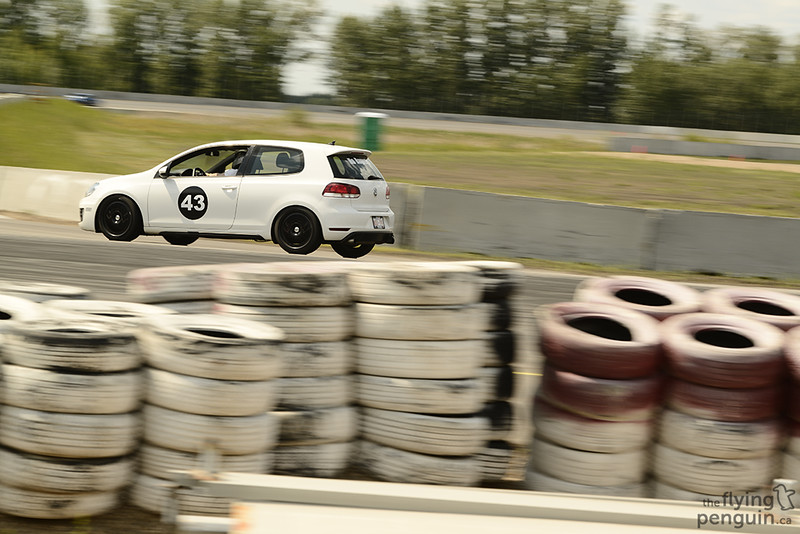 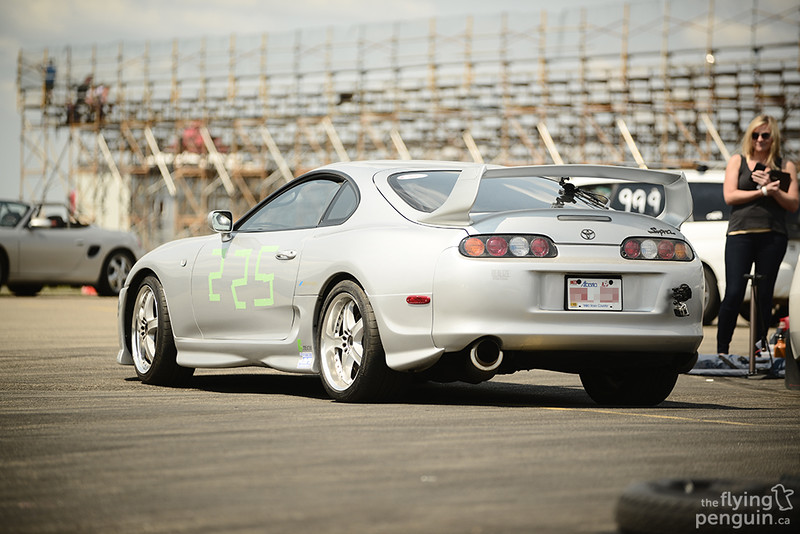 Glad to see the owner of this Supra was breaking the stereotype and tackling corners all day. 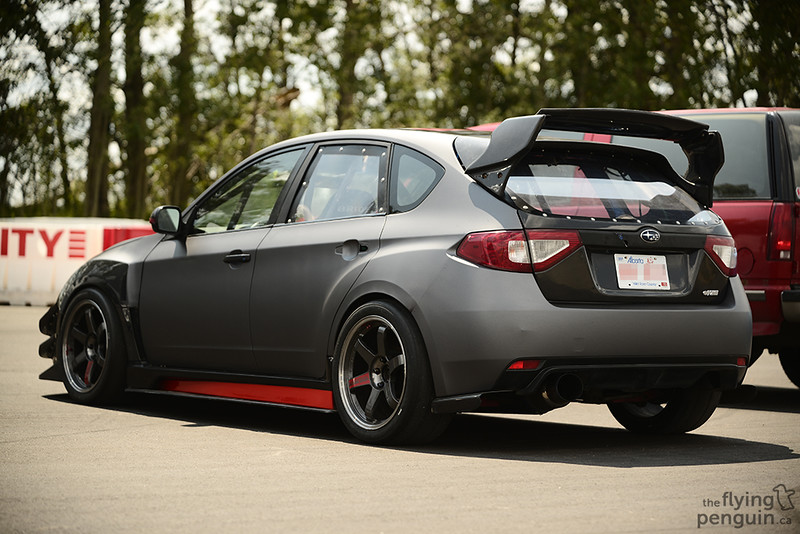 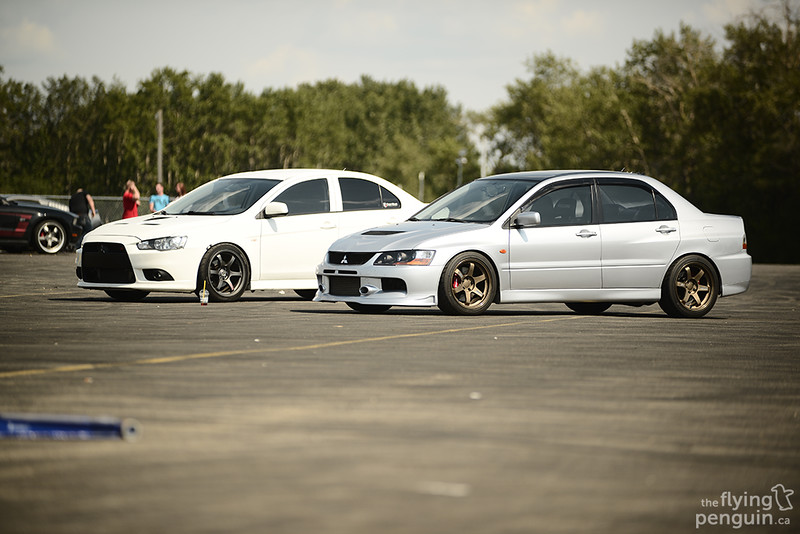 Terry also made it out with some of the other Evo guys and were hard parked on the far side of the parking lot. 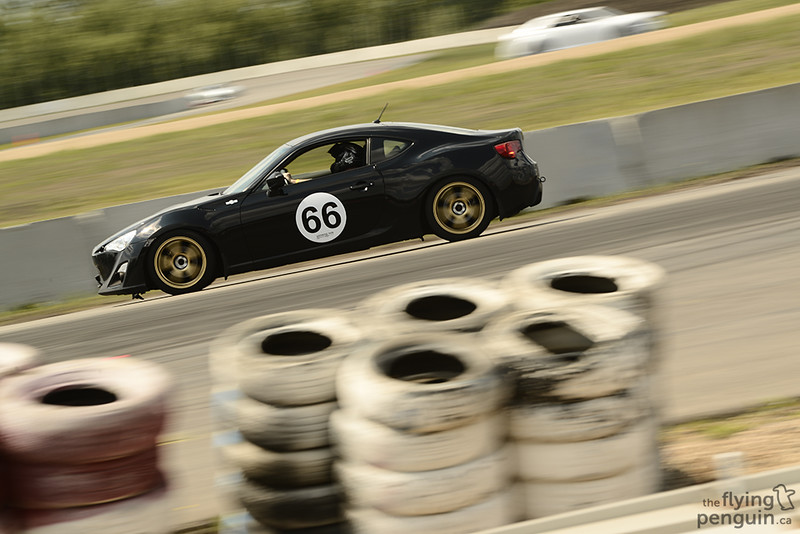 Cale’s FR-S is now sporting an Innovate supercharger kit compared to last year, helping him gain some precious speed around the track! 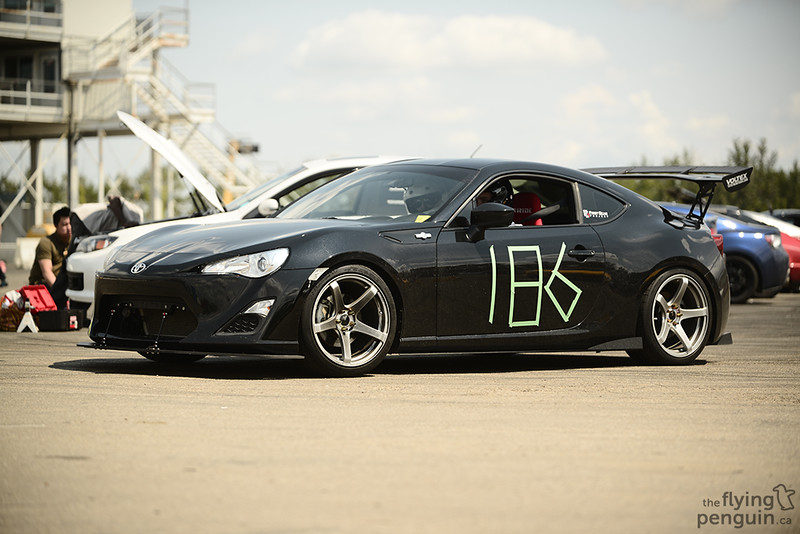 On the other hand, we have Danny’s FR-S which is still naturally aspirated but with some aero work compared to Cale’s stock bodied car. 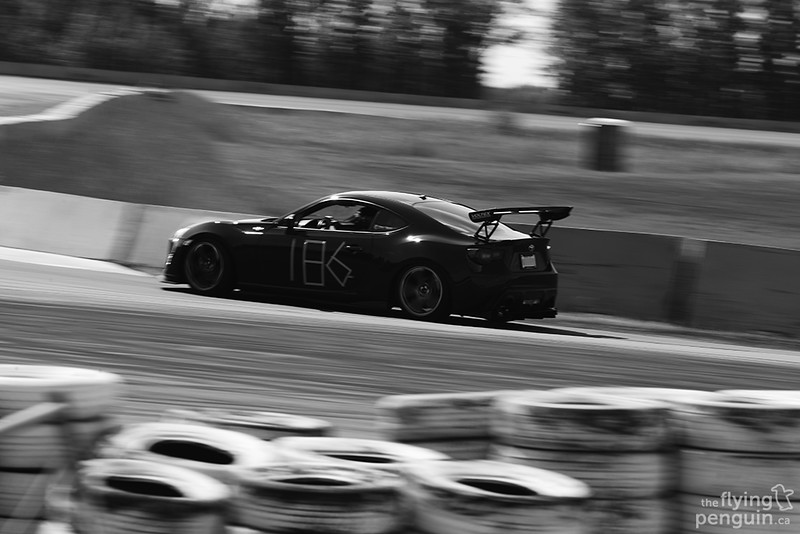 Call me biased but I really dig the way the aero bits flow on this car, plus it definitely seems to help out on the track! 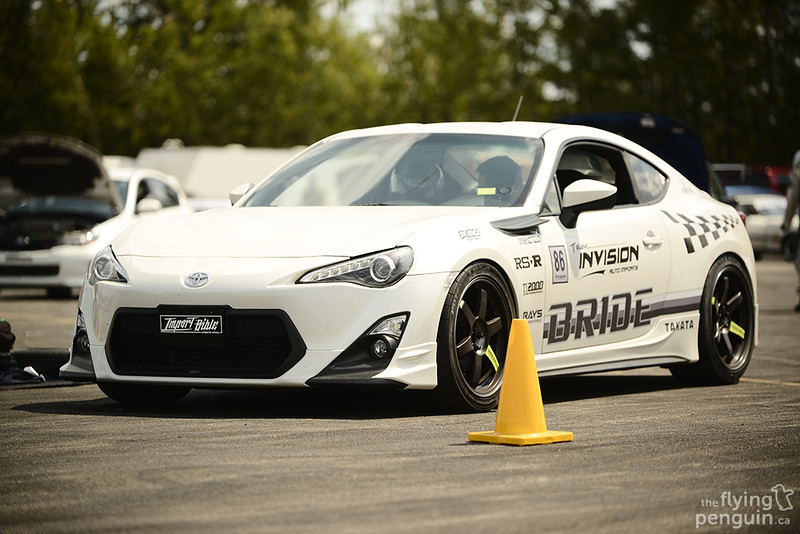 Don’t let the flashy looks fool you, as Peter tracks this car on a regular basis. 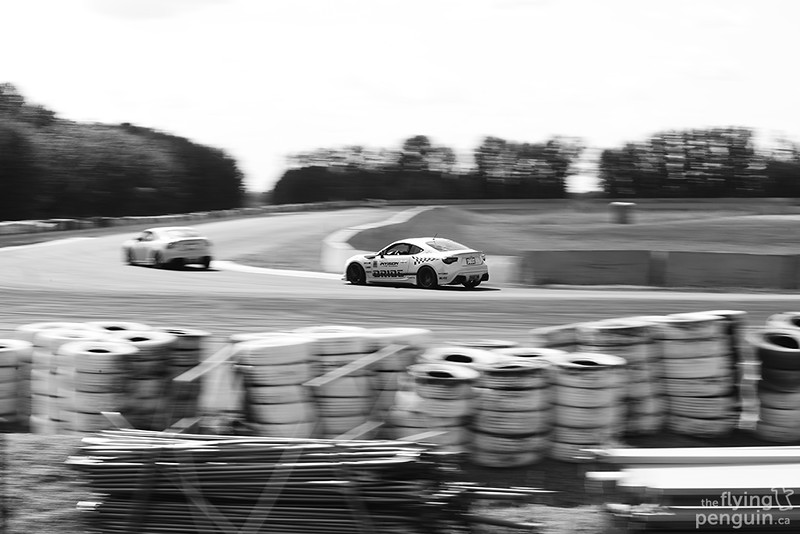 The Blitz exhaust on this car just sounds so amazing! 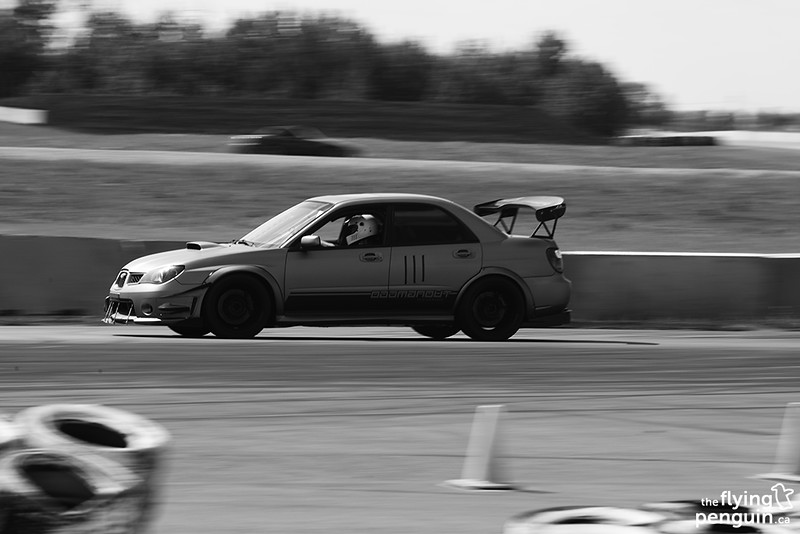 When I arrived this Impreza was basically up in smoke from what appeared to be cooling issues. The owner did manage to get it out on the track but it could only do a couple laps at a time before pulling back into the pits. Maybe next time! 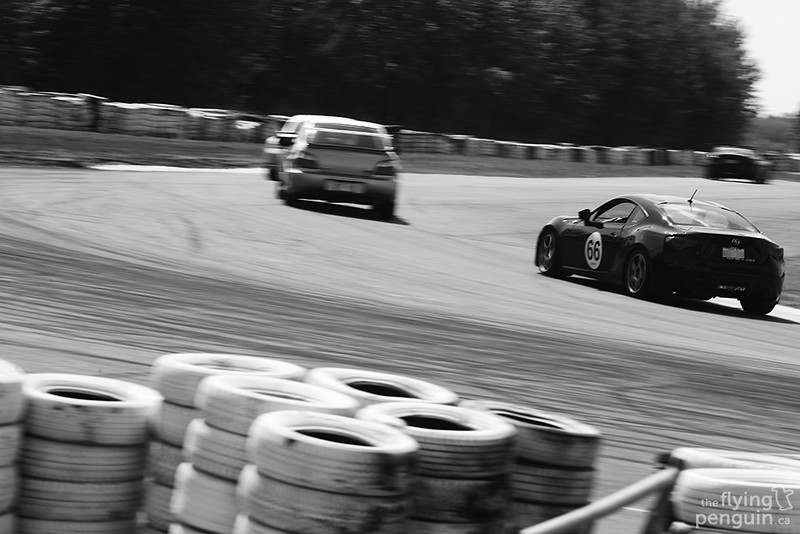 Make sure you guys check out the Flickr link below as there are more photos to be seen!

Photos from @midnightrevup now up on the site 🎶
Photos from @drivenshow Edmonton now up on the site✌️
Allegedly making progress. #s13 #k24 #niisan
Can't wait for this thing to be finished next month so that it can be grouped in with cars rolling on steelies.
Some rather aggressive aerodynamic details on the 2019 MOTUL AUTECH GT500 GT-R. Interested to see how the new GT500 Z model will fair this weekend at Okayama. New season kicks off in a couple hours!
おつかれさまでした。