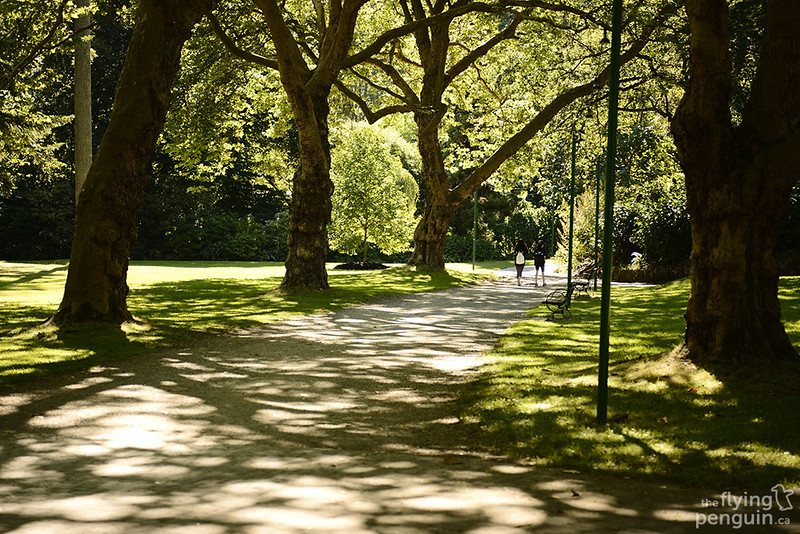 Despite having been to Stanley Park numerous times, I have never gone around the full park in anything but a car. 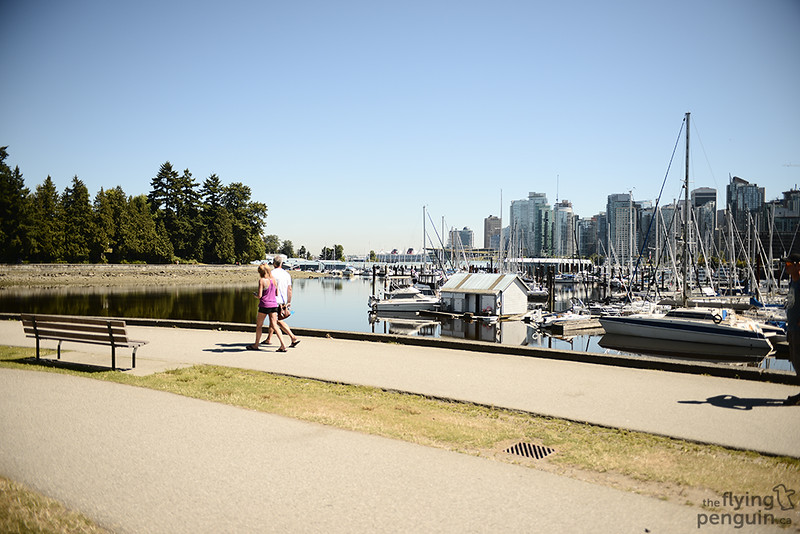 I meant to walk around the park once with a few photographer friends, but we got quite distracted with picture taking and didn’t even make it a quarter of the way before it was already very late. 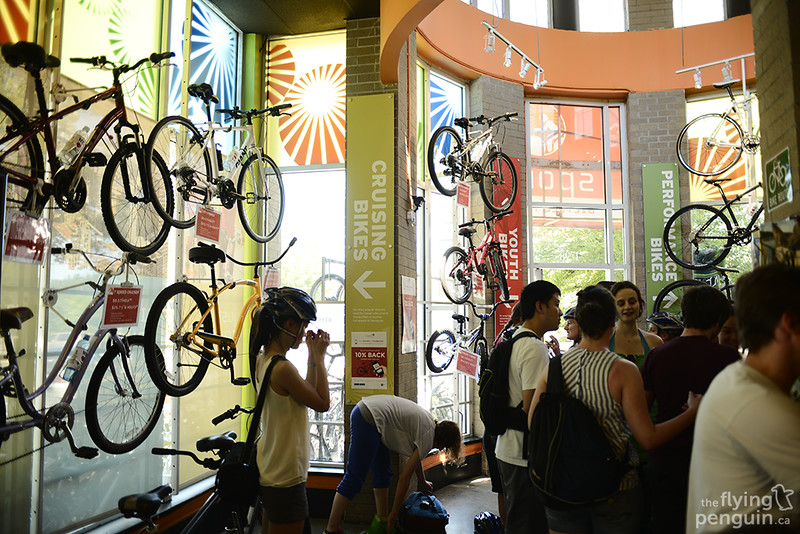 This time around though I rented a bicycle and finally rode around the park! 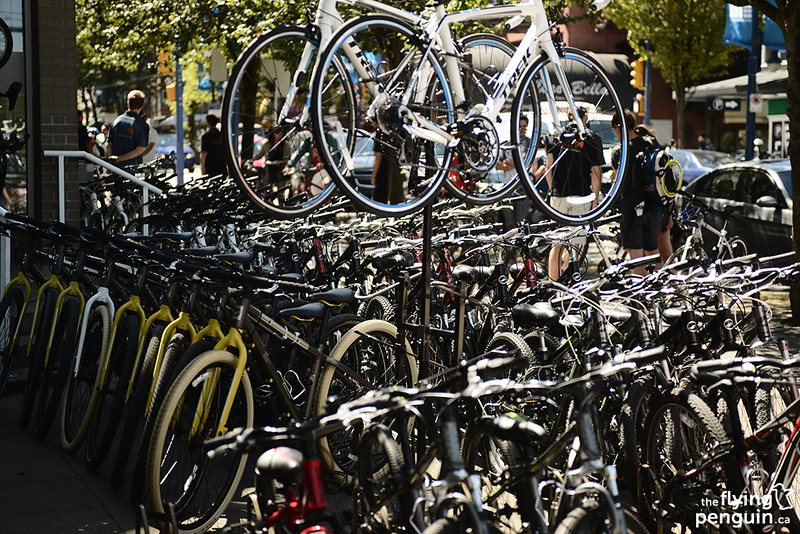 It’s amazing how many different bikes are available for rental, from your standard mountain bike to tandem bikes. It’s also not very expensive. For two people renting two mountain bikes for about three hours it was less than $50! 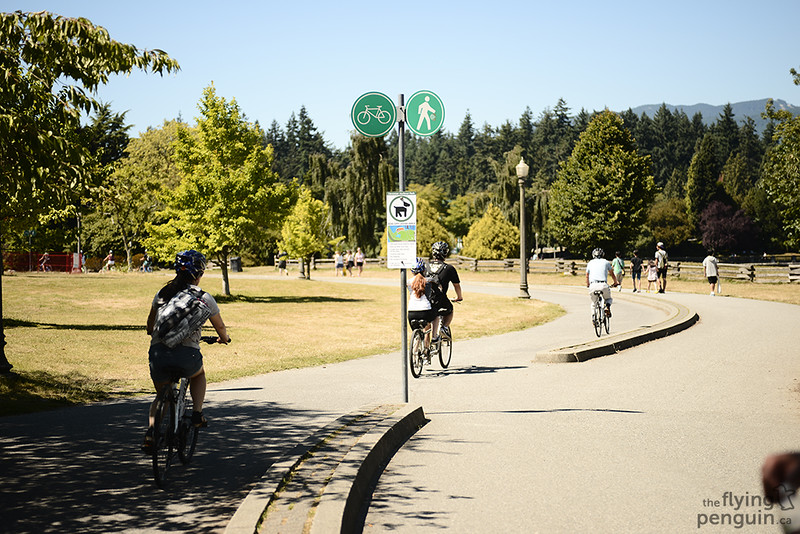 We got our bikes and were quickly on our way. I can’t remember the last time I’ve ridden a bicycle… 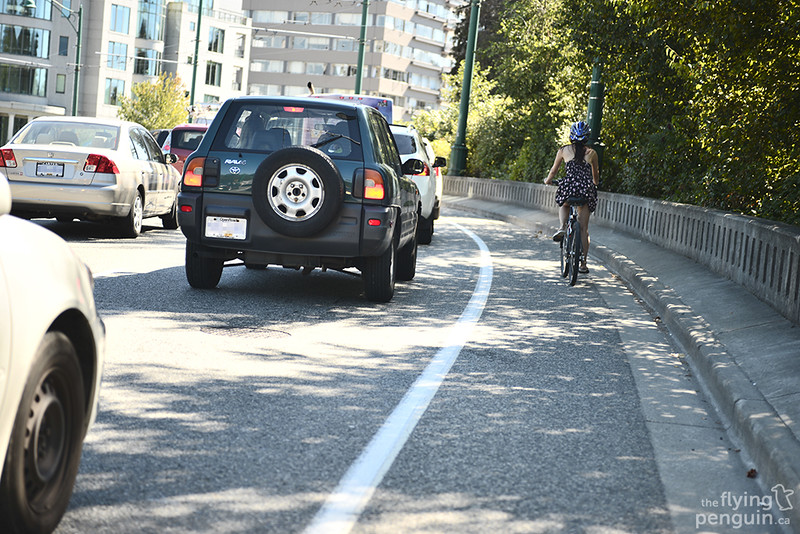 …but I can tell you that this is the first time I’ve ridden a bicycle while trying to take pictures at the same time (please do NOT try this at home!). 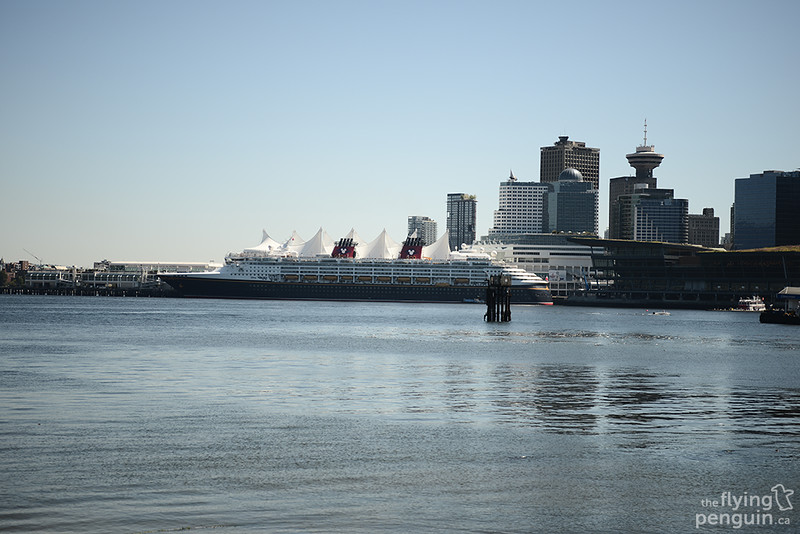 I should also mention that this post is really just going to be about biking around Stanley Park, so it’s going to be pretty short. 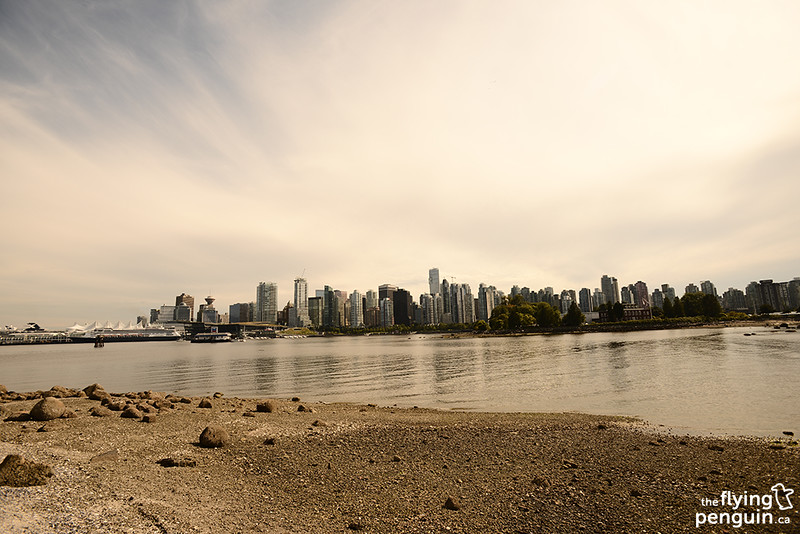 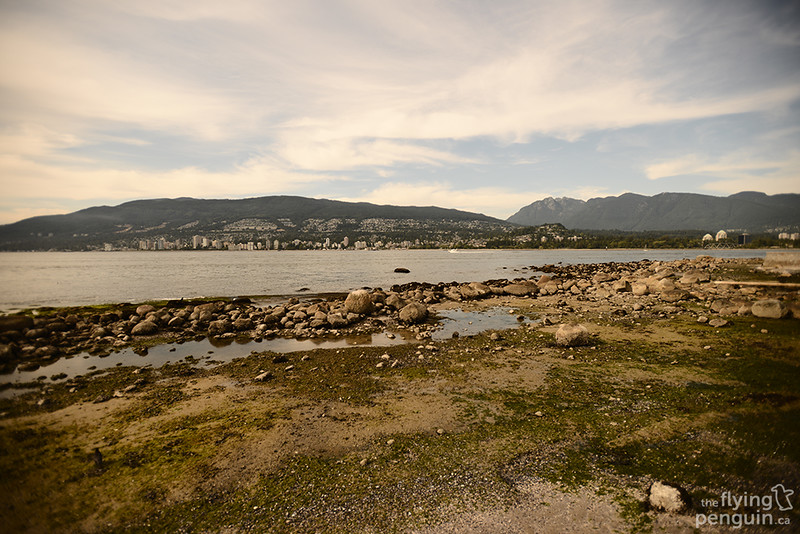 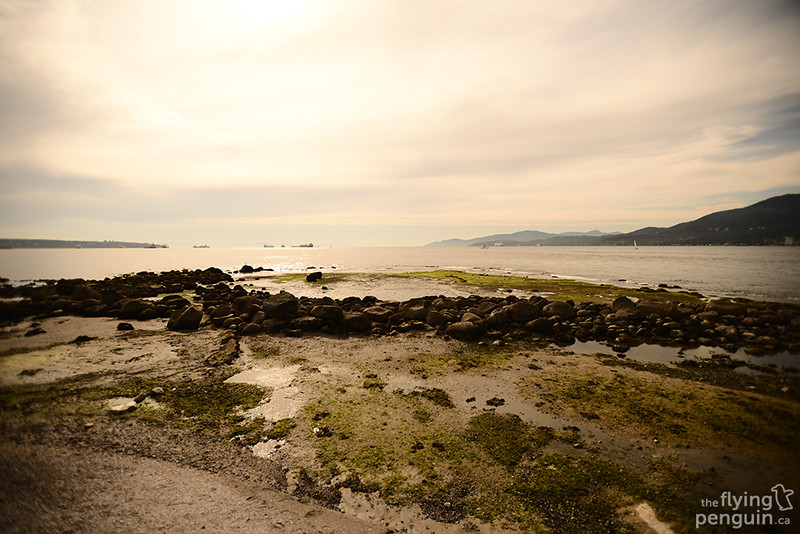 …to the open ocean. I could spend an entire day here, and lot of people do. 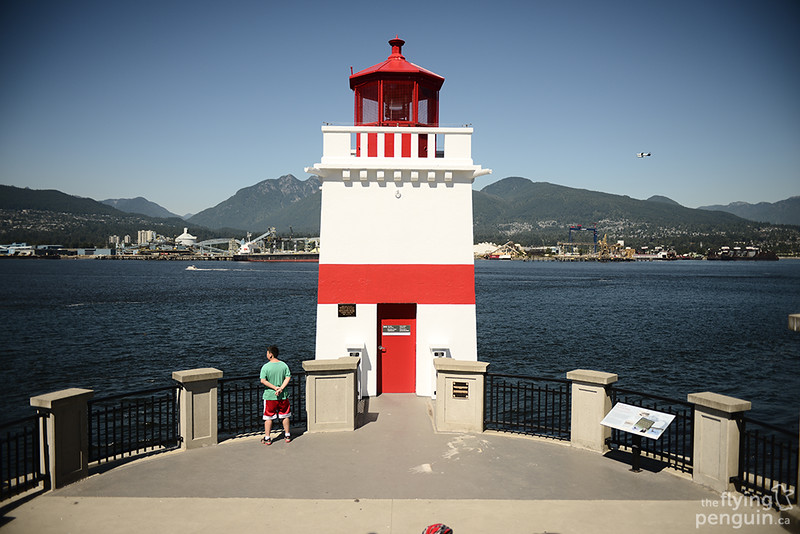 This spot is a little bit before the midway point and is also one of the better spots to watch seaplanes land and take off. 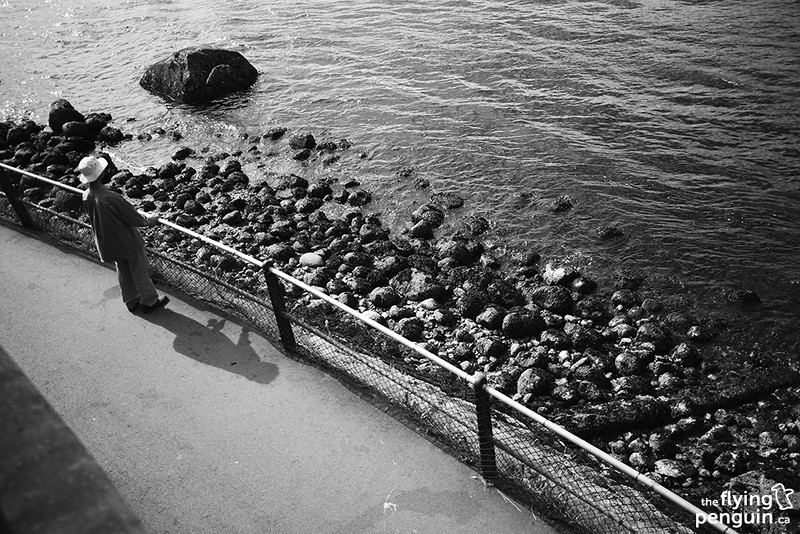 I’ve never been a big fishing person but I have a feeling that I wouldn’t mind it one bit out here. 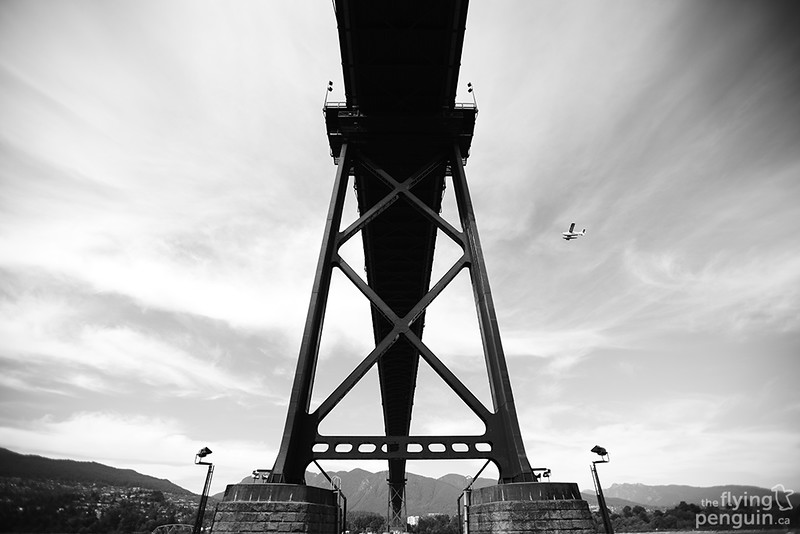 You can also go directly under the Lions Gate Bridge while making your way through the park. 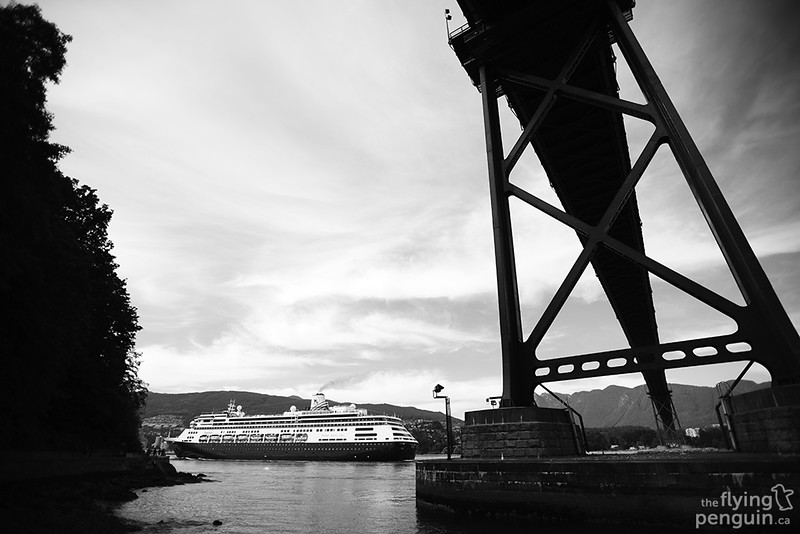 This seemed like a good place to rest for a bit, and while doing so a massive cruise ship passed by. Now I feel like going on a cruise, but perhaps another time! 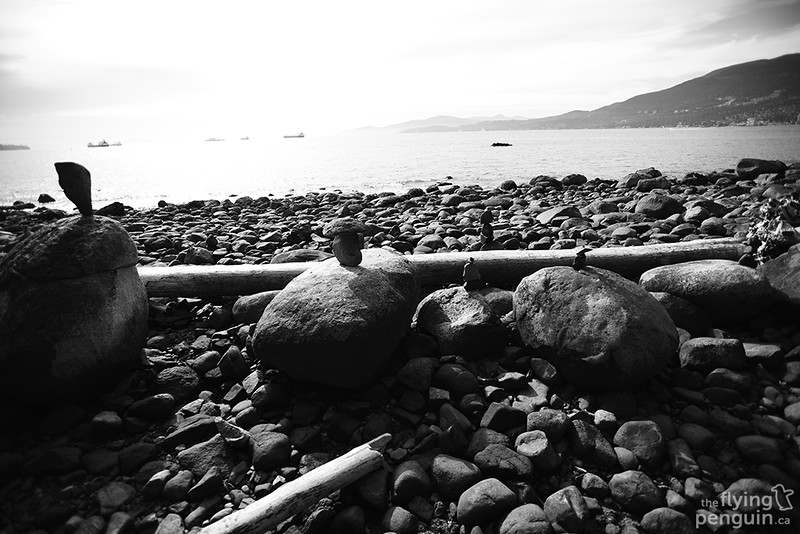 Something pretty random we ran into was a bunch of rocks that were balanced on top of each other. If it weren’t for us being out in public I would’ve thought that the Blair Witch was out to get us. 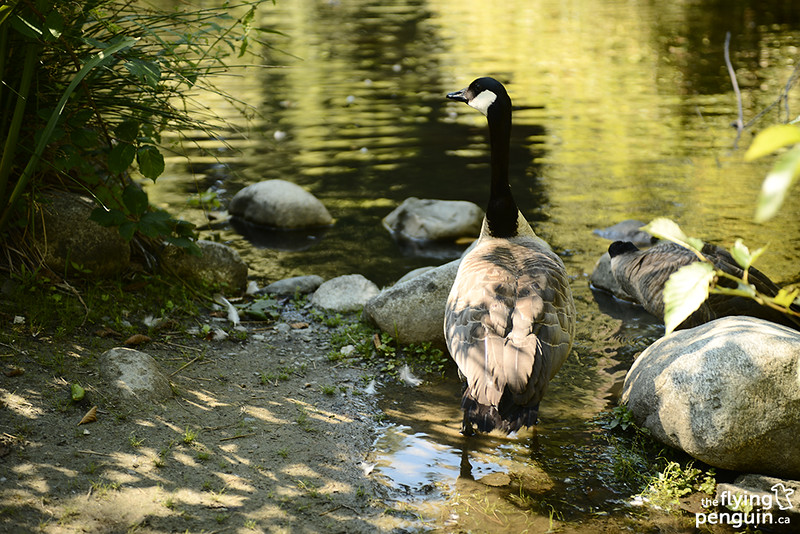 Depending on which path you stay on, you’ll either continue on the Seawall, or you may end up in a very nice yet quiet neighborhood where a small river runs through. 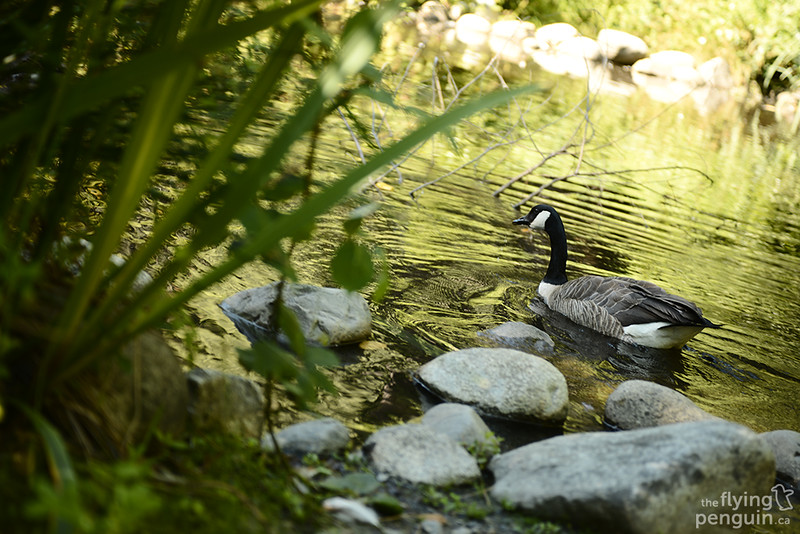 There’s also a ton of geese in the area… 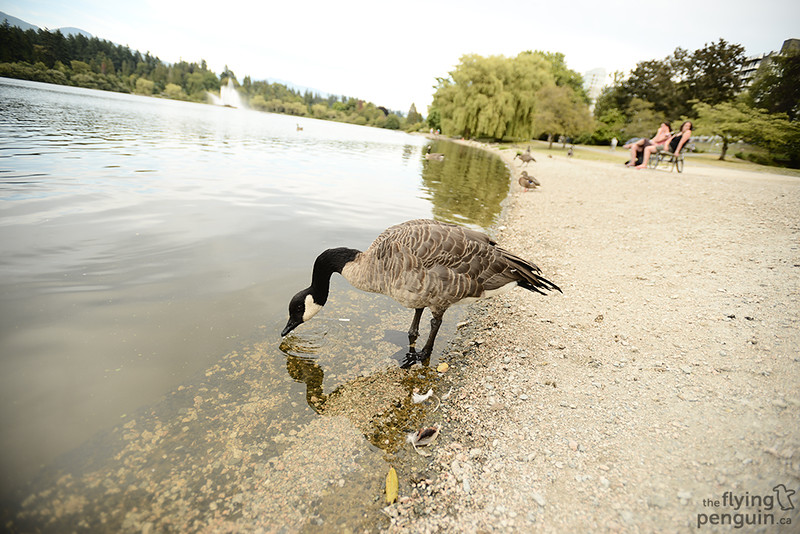 …and they seem pretty used to people being around as you can get pretty close to them (again, please do not try this at home as Canadian Geese are known to be very aggressive)! 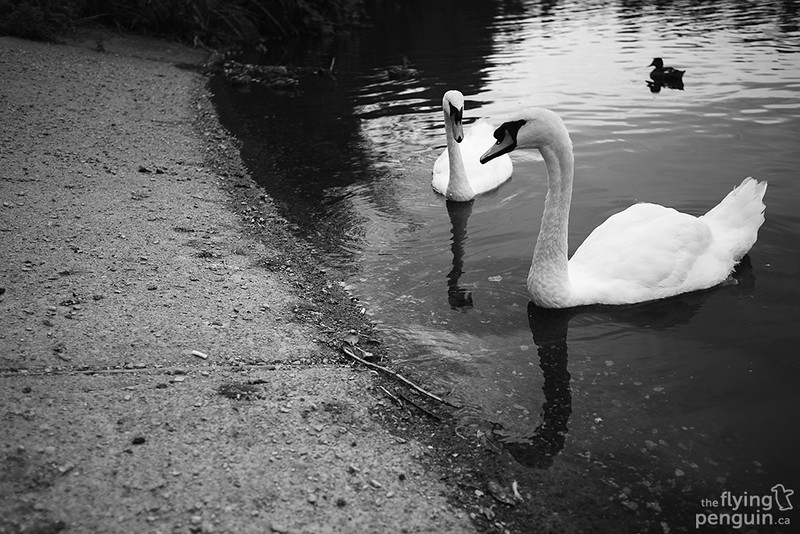 There also happen to be a couple of swans in the area as well, a somewhat rare sight to see out in public. 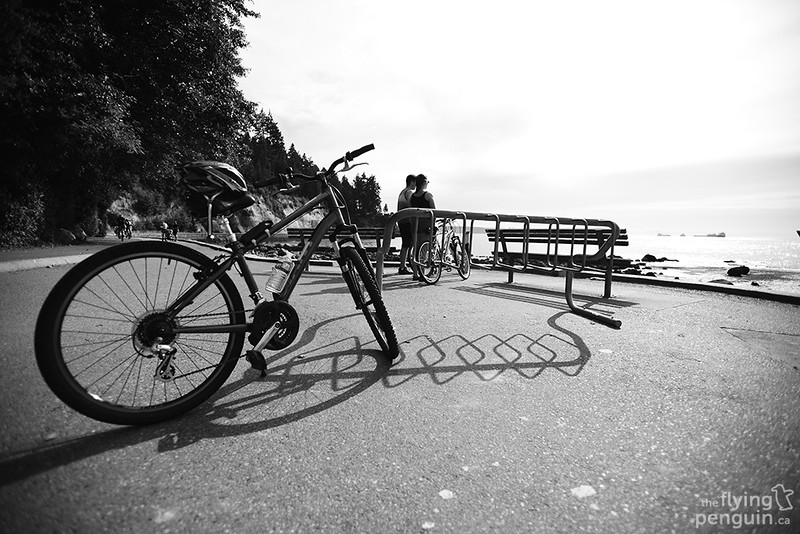 That’s all I have to share for now (told you it’d be a short post!). If you happen to be in the Vancouver area and are able to rent a bicycle to ride around Stanley Park, I highly recommend it!