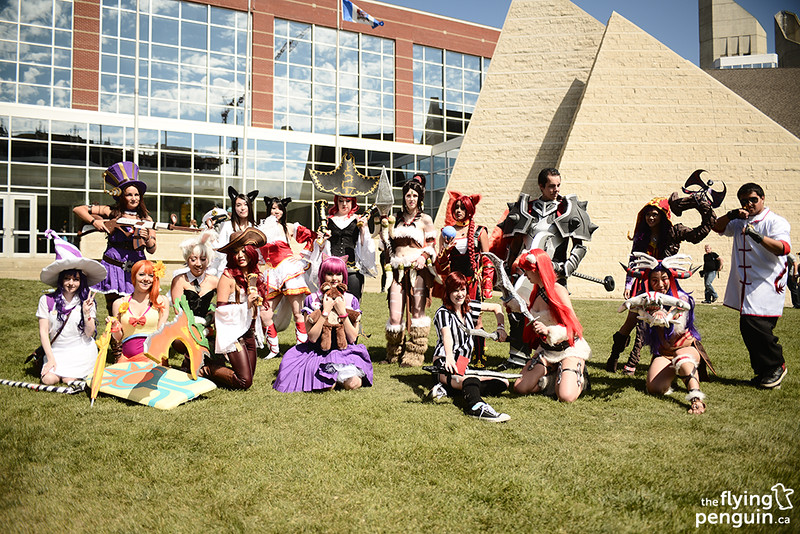 While I absolutely love covering large events (especially ones that I have to travel to), it’s always nice to be able to relax once in a while and take it easy. 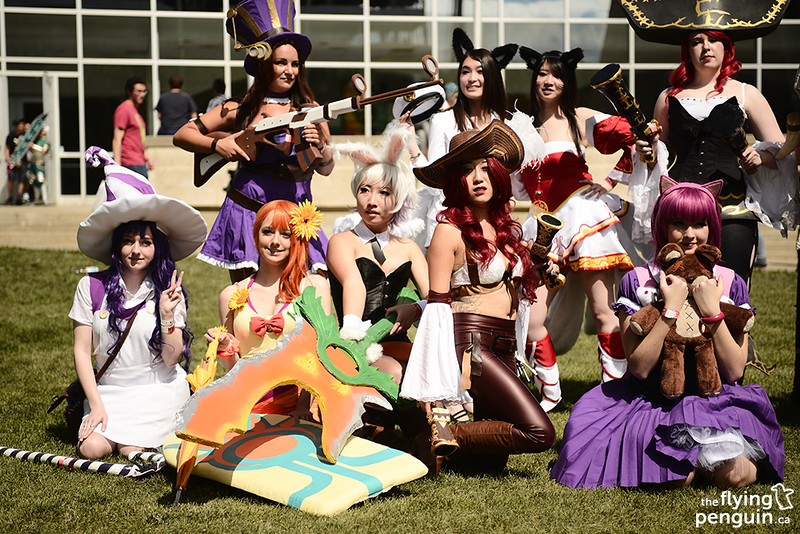 That’s probably the reason while I enjoy Animethon so much; it’s that one convention that’s considerably smaller than both the Calgary and Edmonton Expo’s, and just so happens to occur right in-between. 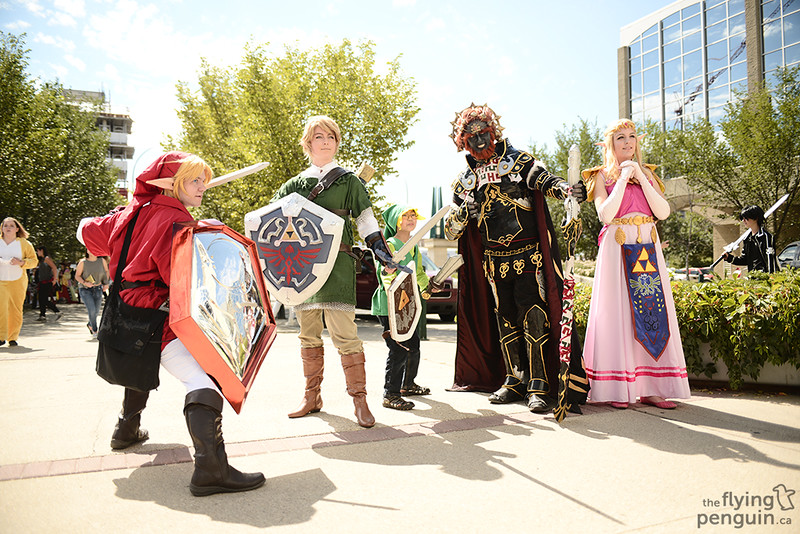 I find the atmosphere to be much more laid back, and as a result I really didn’t do a whole lot of event coverage for Animethon 22 this year. 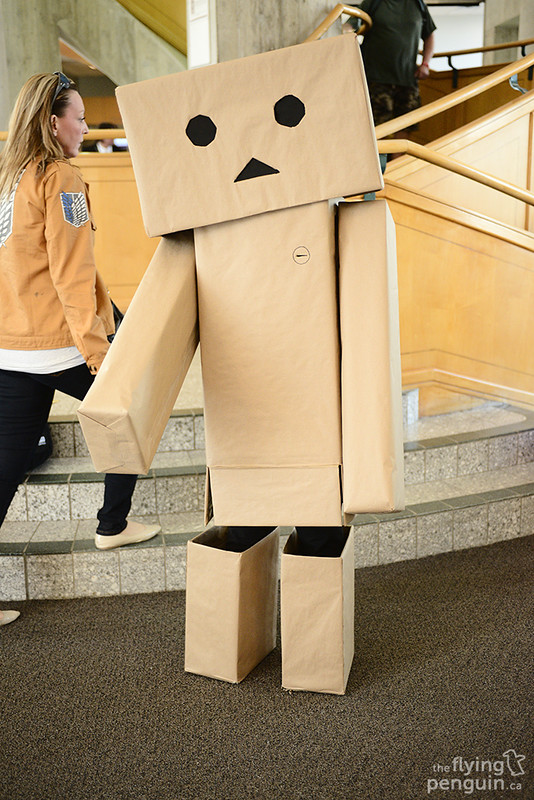 I did see quite a few good cosplays however, including the first ever Danbo that I’ve ever seen! 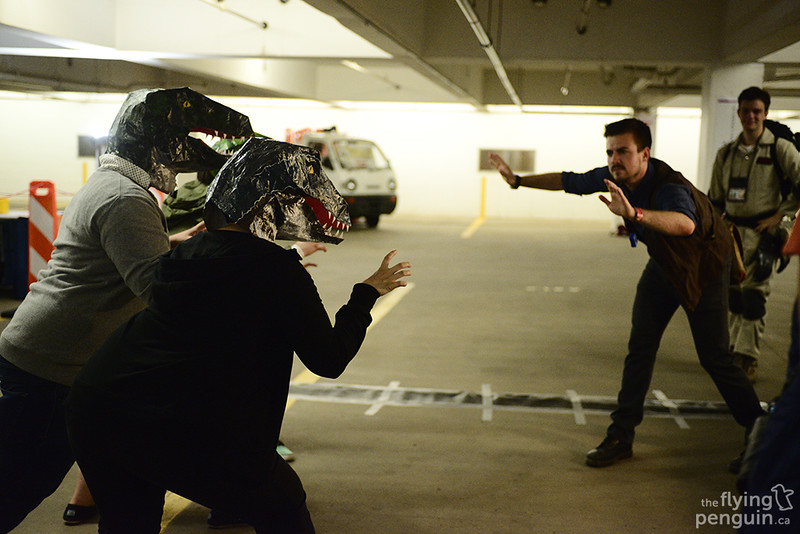 This is almost as ridiculous as the Margarita Man from Comic Con earlier this year. 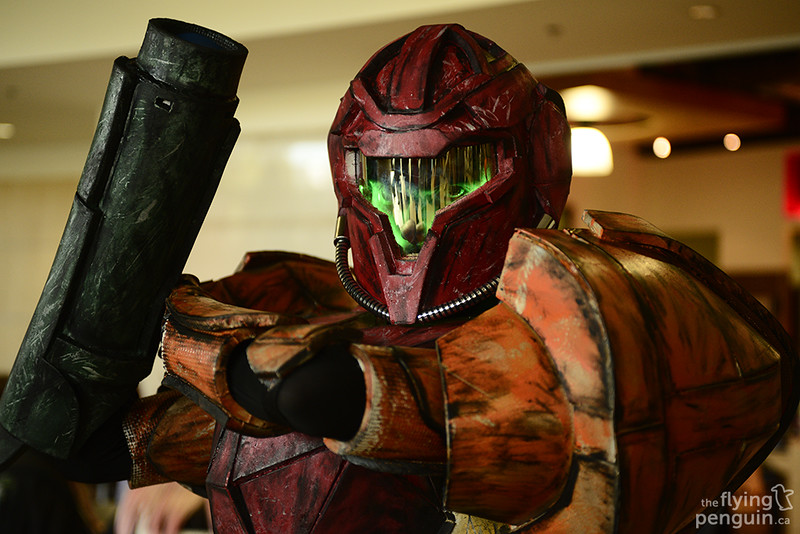 FINALLY a Samus cosplay, and a damn good one at that! 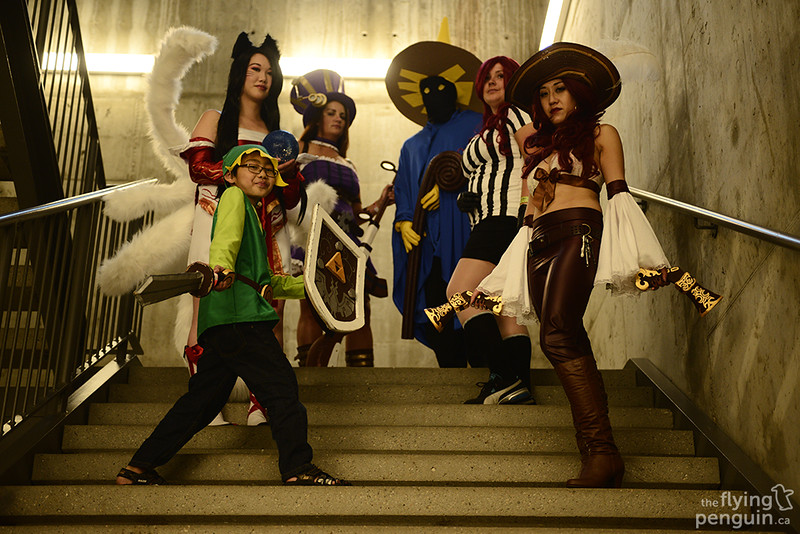 While my overall coverage of the show pretty much stops right there (told you I didn’t cover a lot!), I was finally able to shoot some cosplays of my sister and friends, including Priscilla and Jessica’s Ms. Fortune and Caitlyn cosplays that we first saw at the Calgary Expo last year. 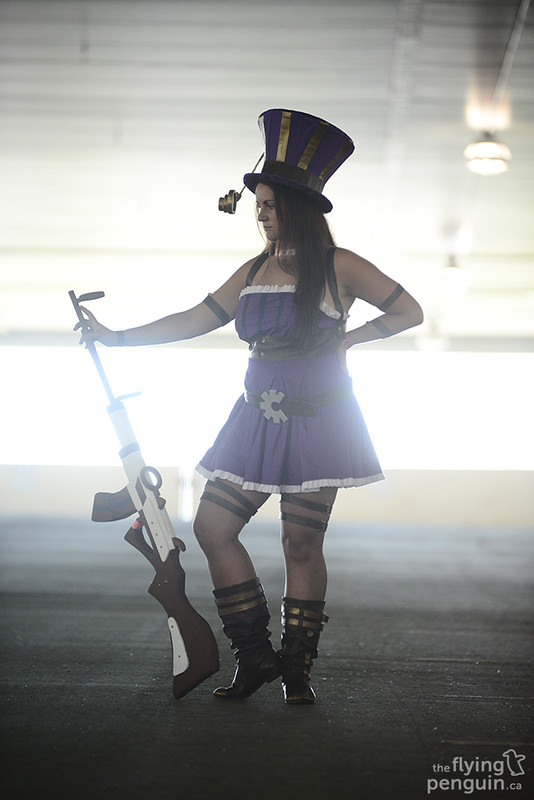 Unfortunately our schedule for the Calgary Expo last year was super jam packed, so I never got the chance to shoot these cosplays like I normally would during those trips. It also decided to snow last year so that didn’t help either. 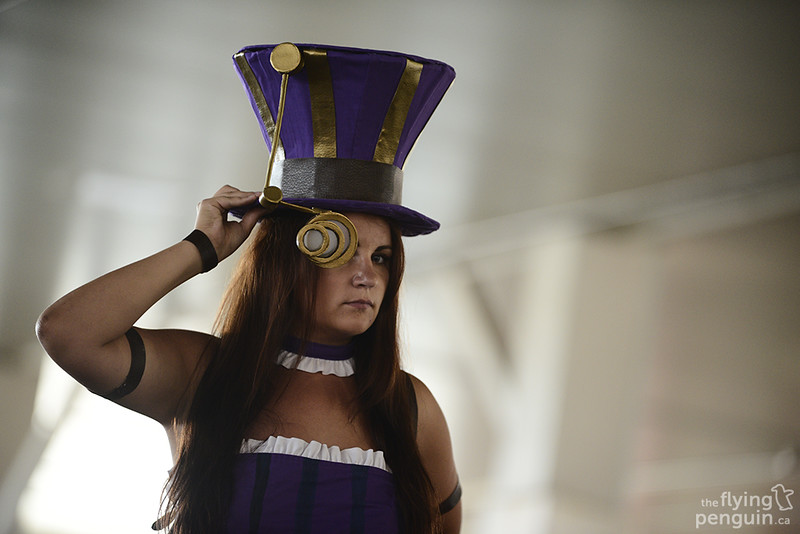 Thankfully they decided to break out these two wonderful outfits again for Animethon, and Jessica even got the chance to add the monocle! 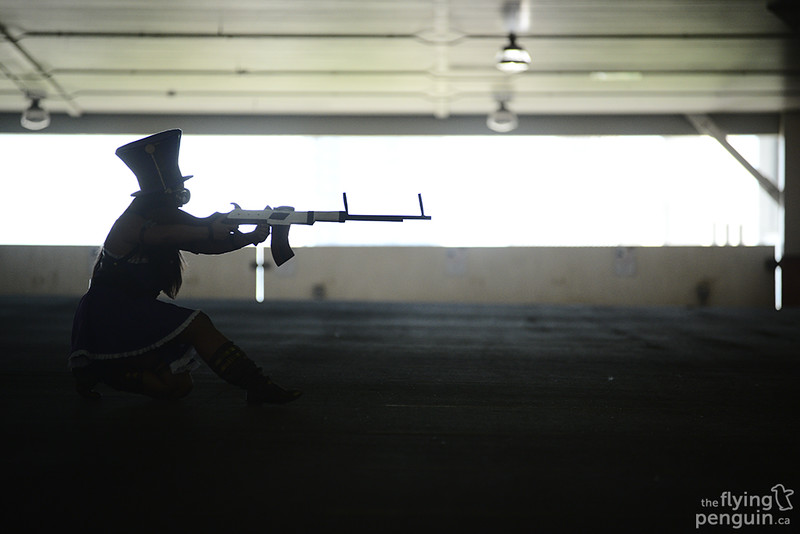 I’ve always wanted to do this particular shot with Jessica and I’m quite happy with the way that it turned out! 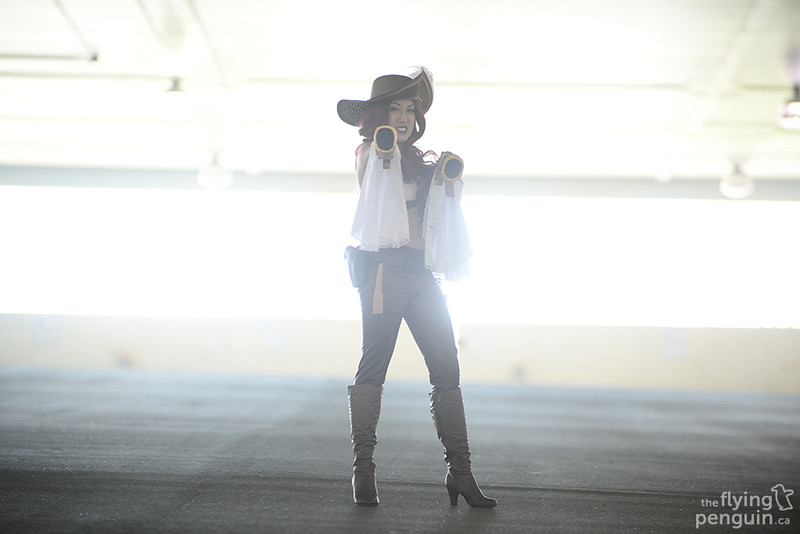 Despite the huge rise in popularity of League Of Legends in recent years, I still haven’t seen any Ms. Fortune cosplays except for Priscilla’s. 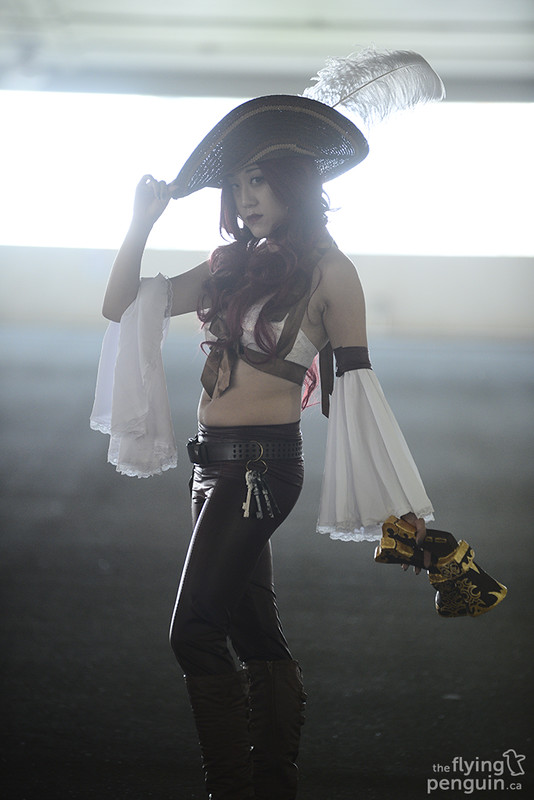 Personally I think she nailed it, and she even managed to make it practical by adding pouches to the belt to carry various things. 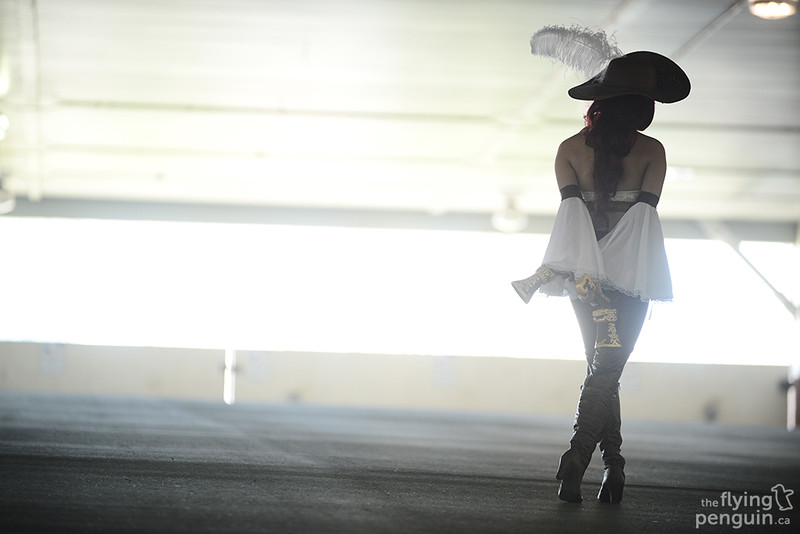 Someone actually asked her how she made a Captain Fortune outfit so quickly when the skin was just released last week. This is actually the original outfit that Priscilla initially made last year, she just put her own twist on it! 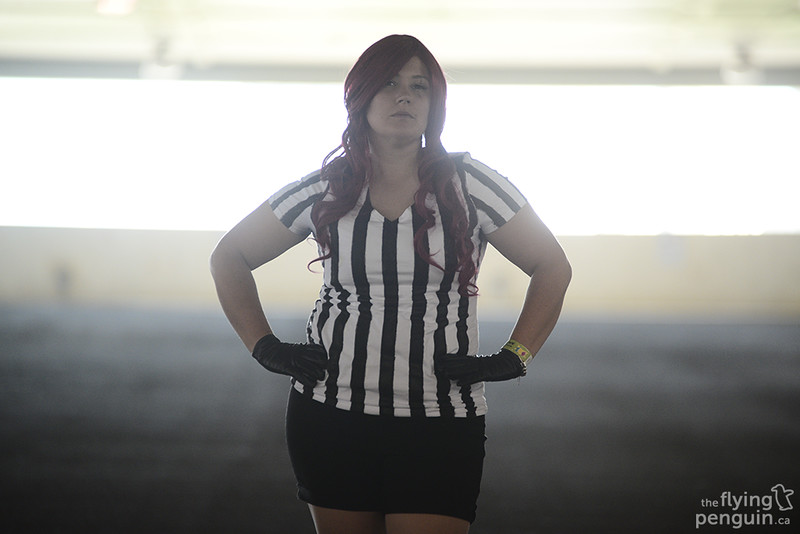 Tricia here also joined along with the League Of Legends theme and came out as Red Card Katarina. 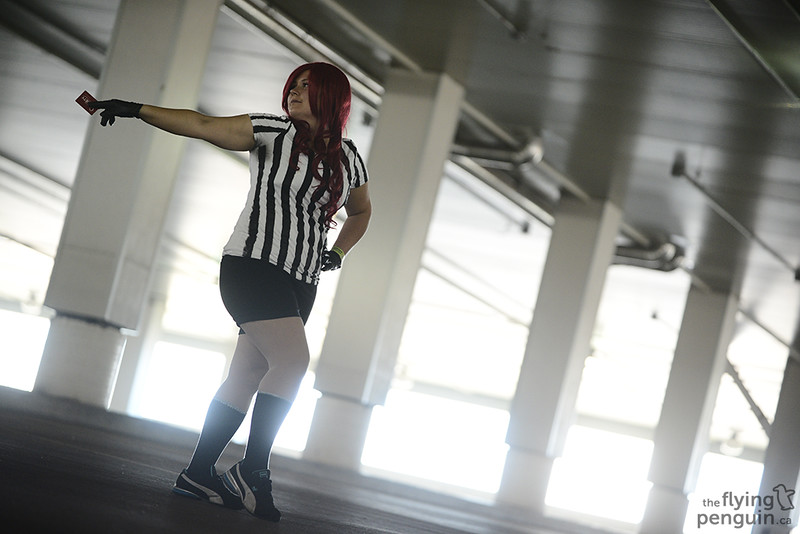 I believe that this was her first time cosplaying as well. Glad to see more people getting into it! 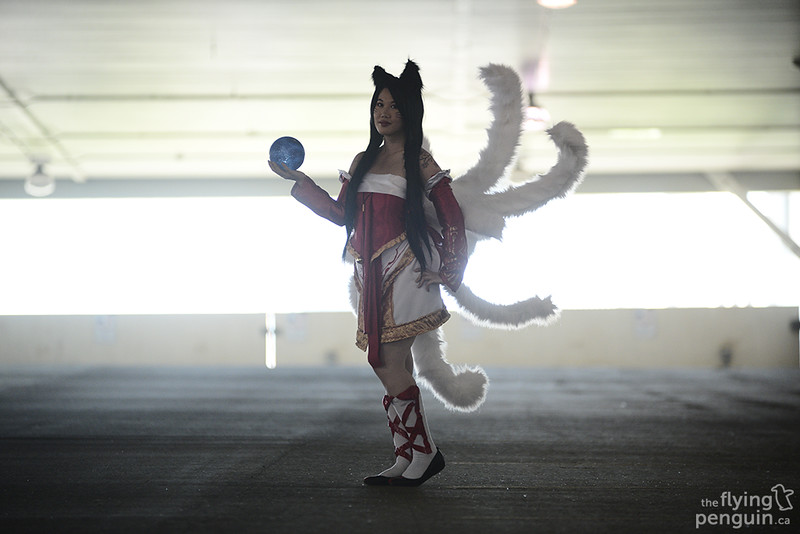 Last but not least, we have Jessica with her incredible Ahri cosplay. She stayed up until 3AM the previous night (or that morning rather) finishing up this amazing looking cosplay! 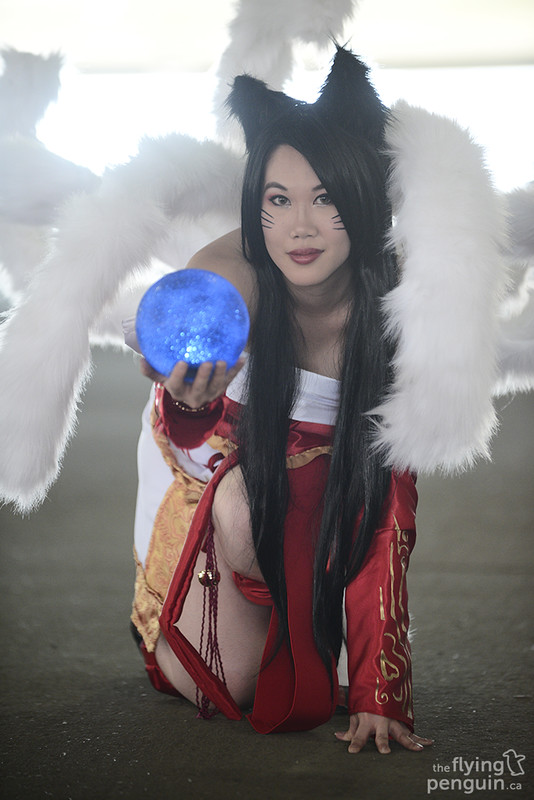 If you look back at Priscilla’s Ms. Fortune outfit, you’ll notice that there’s a huge feather in her hat. That seemingly harmless stick of fluff always seems to find its way into my face while we’re walking. Jessica’s Ahri cosplay would take this one step further… 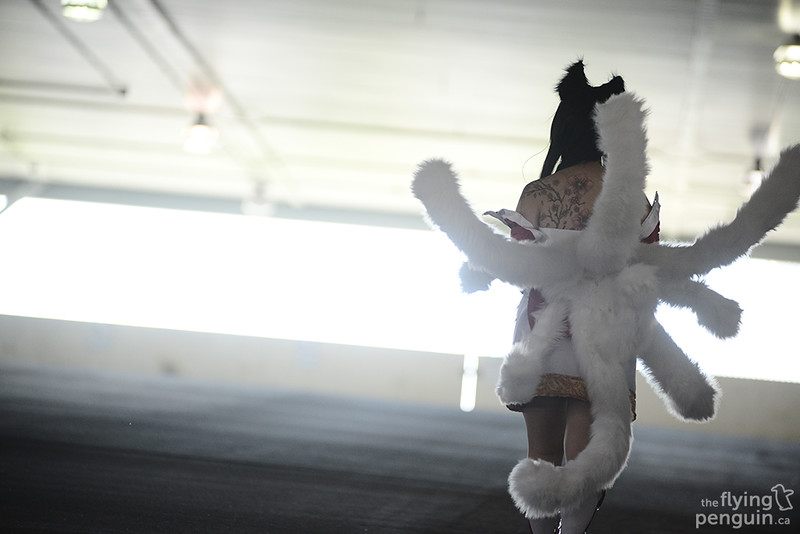 …with Ahri’s iconic nine gigantic tails. While soft and fluffy on the outside, each tail contained a steel strip on the inside which is how it gets its shape. Believe me, these were not so soft and fluffy when getting hit by them! 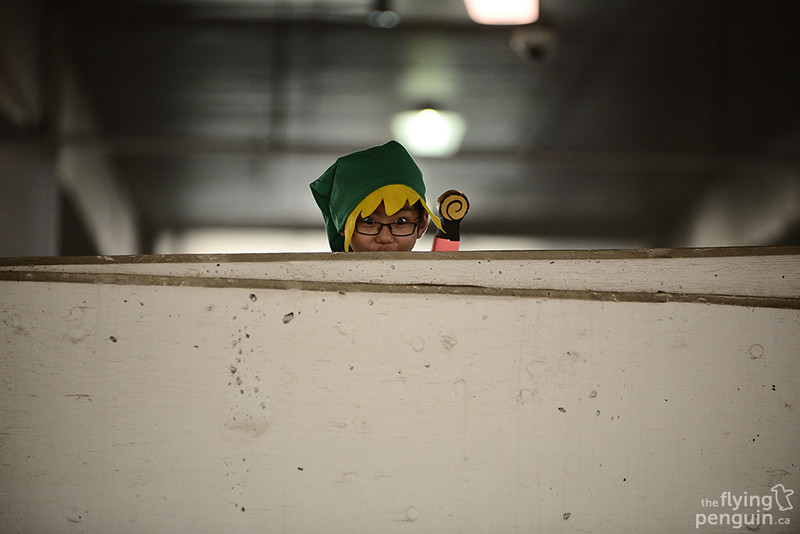 As you can see, my sister and her friends generally like to stick to a particular theme when it comes to creating cosplays for an event. We’ll just have to wait patiently and see what they have planned for the future. Next up, Edmonton Expo!